The Good, The Bud-apest and the Ugly

Today was a day with highs and lows. Firstly, it was my last day in Budapest which was a real shame. When I came back to Budapest after a few days in Vienna I was surprised to find how much I was glad to be back. It might sound strange, but it actually felt a little like 'coming home'. As I think I've mentioned, Budapest is a fantastic city and I am glad to say I will be going back in a few weeks on my Top Deck tour (albeit briefly). I also got to really experience Budapest on my own for the first time because Chuck and the rest of the AIESEC crew left for the beginning of their actual teaching job. In case any of you read this, it was a pleasure meeting you and getting to know you. When I actually get some Internet I'll find you on Facebook. 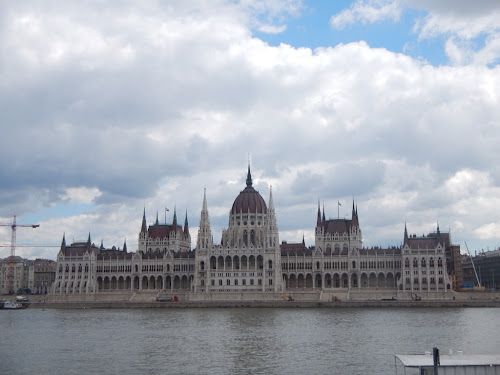 In an unrelated picture, here is me breaking into the Austrian Houses of Parliament. Australia's official apology to the nation of Austria is forthcoming. 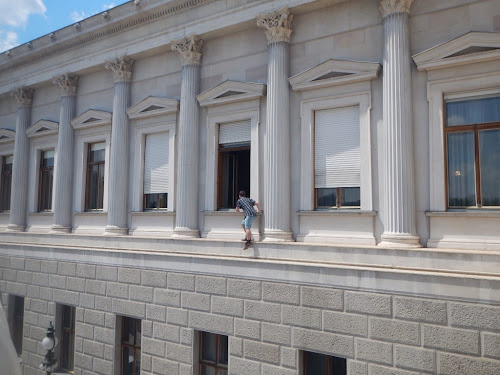 Unfortunately, it was also a day in which I farewelled my reliable old Caribee backpack. I don't remember where I got it or when (I think it was before I went to Canada in 2006 but it could have been earlier) but I've had it for a long time and it was a shame to have to leave it. Unfortunately, it was just getting old and the zips weren't holding plus the apparatus for wearing it as a backpack was killing my back. In the end I didn't want to throw it out, so I left it in the luggage room of my hostel (empty, of course) with a sign saying "for free". My new bag definitely wasn't cheap although it is much better suited to backpacking. Finding a camping store in Budapest was surprisingly difficult though and I spent a good chunk of my day in buses, trams and subway trains traversing the city to find one. 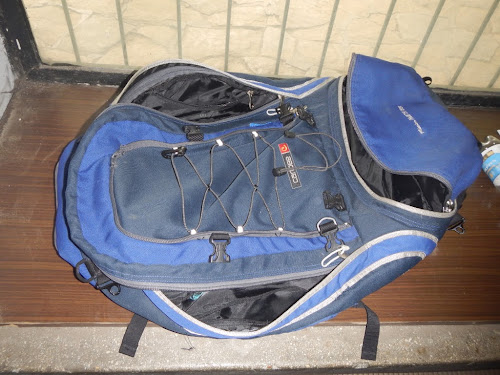 Anyway, my flight was delayed out of Budapest so it's 2:43am in London and I'm on the train from Luton Airport back to Kings Cross to my hostel. Oh, and my watch broke today also and the piece I need to fix it appears to have disappeared which is a bummer. I liked that watch but now I have no way of keeping it on my wrist.

I know this sounds like a lot of #firstworldproblems complaints (I guess it is) but that happens when you travel. If breaking a watch and having to buy a new bag is the worse thing that befalls me on this trip, I will be both relieved and surprised. I'm keeping it all in perspective, is what I'm saying.

That was last night. I got home fine (obviously) but couldn't be bothered uploading it.

Posted with Blogsy
Posted by Les Betchos at Sunday, July 14, 2013