It's What I Dubrovnik

After a 13 hour drive through Albania and Montenegro, it's safe to say tempers were wearing thin. No one really knew what to expect from Dubrovnik, a small city on the Croatian coastline where we were camping for the next two nights, but Phil our trip leader was positively raving about how beautiful the city was. It is safe to say he undersold it. 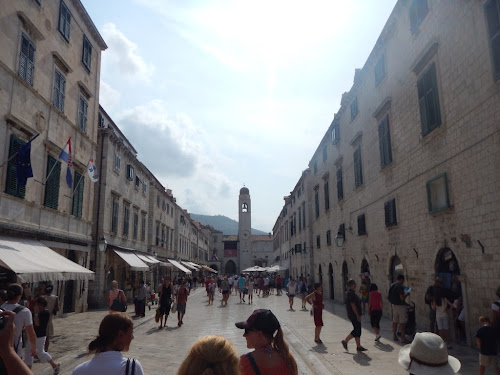 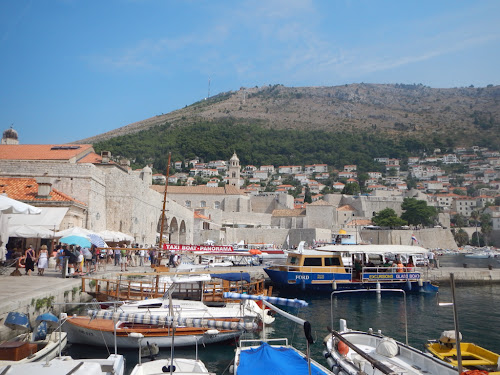 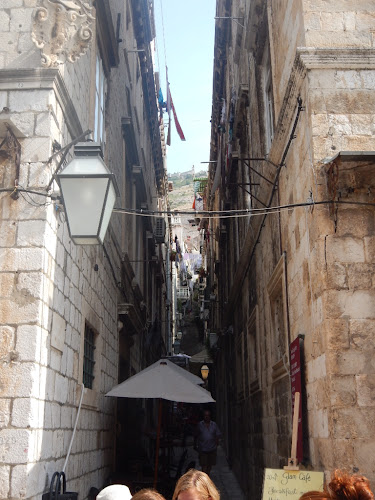 At the point I'm writing this, I have been traveling through Europe for two months. In that time (or the 21 years before it) I have not found a city that I have found so picturesquely beautiful. Everything about Dubrovnik is like something from a postcard but there is a charm that can't be captured in a picture. After arriving and setting up tents, we headed into town to explore (it's almost midnight at this point). I really don't know how to describe it all but suffice to say from the first time I crossed the drawbridge into the old town (yes, there really is a drawbridge), Dubrovnik knocked Budapest out of the 'my favourite city in Europe' spot. I don't have any photos of Dubrovnik at nighttime but it really is amazing. 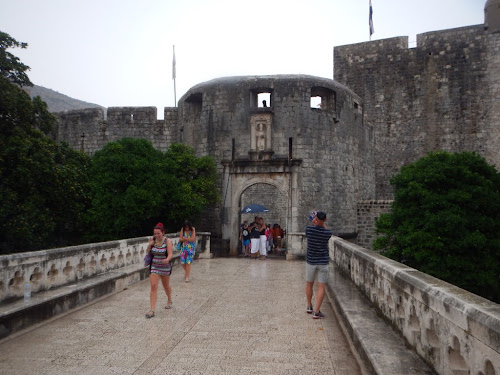 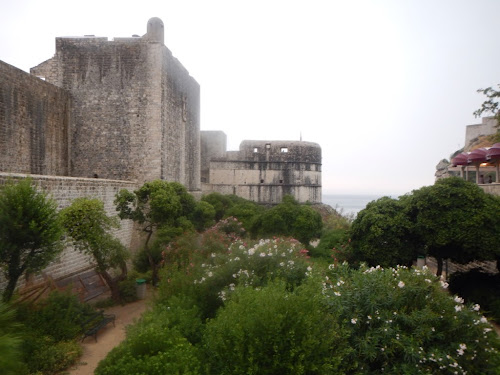 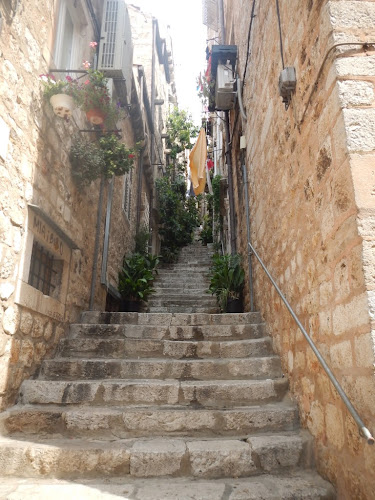 The next day we wandered back into the Dubrovnik old town for a short guided tour with a local guide (short because really, Dubrovnik is actually a fairly small town) and then wandered around sightseeing. Although it is small, there is a surprising amount to do in Dubrovnik so there were different groups going everywhere. After looking in some of the old churches and castles we checked out one of Dubrovniks many 'cliff bars' (which are exactly what the name suggests. Bars built on the side of cliffs) we caught a ferry to Lokrum Island in Dubrovnik harbour. 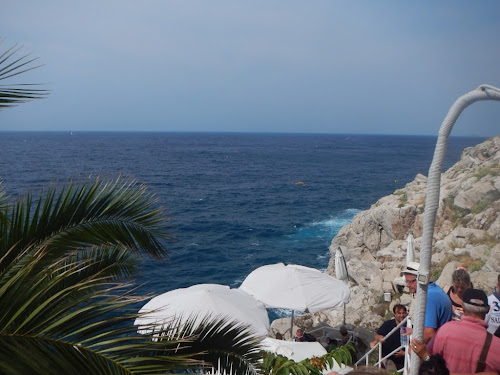 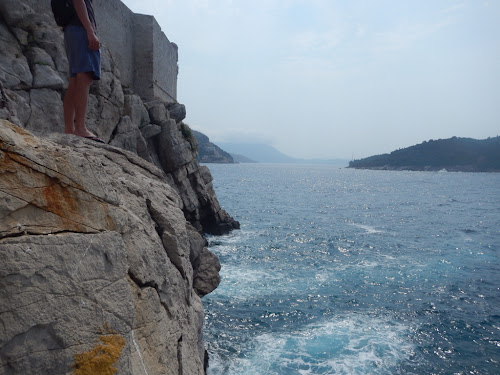 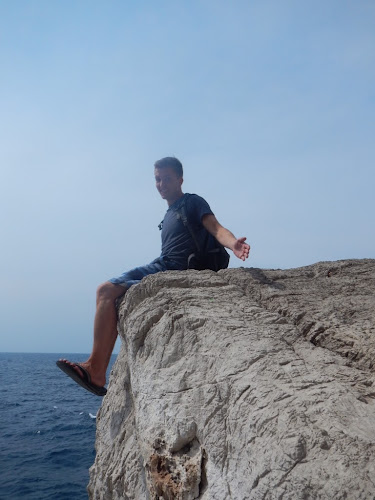 The weather, as you may recall, for the trip thus far had been hot, sunny and humid every day (except for one brief rainstorm in Nice). That afternoon in Dubrovnik was the first time we really got any sort of inclement weather, for which we were required to make up for. On Lokrum Island (which functions as a sort of botanical gardens/central park for Dubrovnik) there is a lake that is surrounded on all sides by high rock walls. This is where we were when all hell broke lose and, because of the high walls, were caught competed unawares until the thunder, lightning, rain and hail were directly overhead. Personally I found the experience to be quite exhilarating, but maybe that was because everything I had on me was either soaked already or waterproof. Most people on the island (of which there were probably a few hundred) either ran for shelter in one of the old castles and buildings which littered the island (as did our group) or ran back to the ferry to get back to the mainland. Hilariously, the ferrys decided they couldn't operate in the storm (they might get wet?) which means we were all effectively stranded on the island for two hours during what was, to be fair, a pretty spectacularly violent storm. I went wandering to get some pictures because my camera is waterproof and I'm lightning proof (I assume). 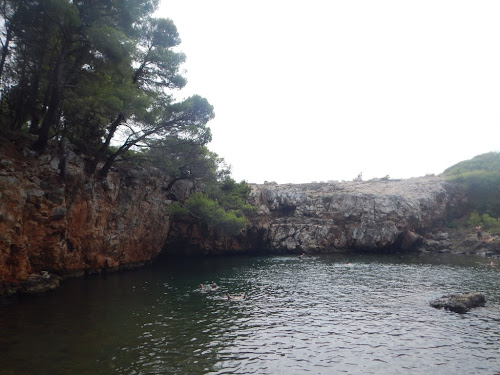 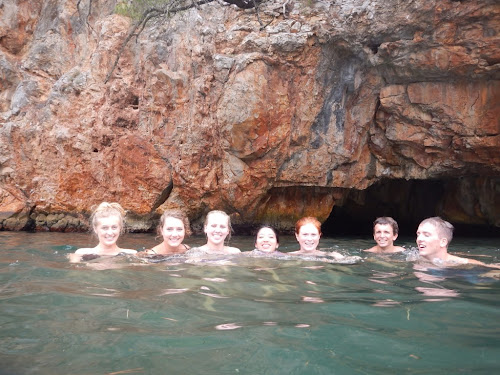 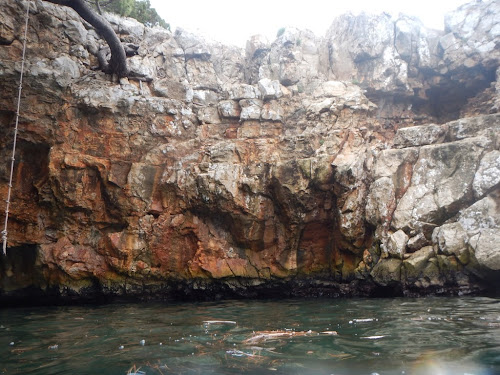 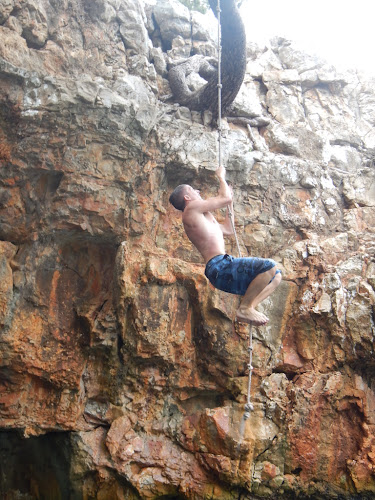 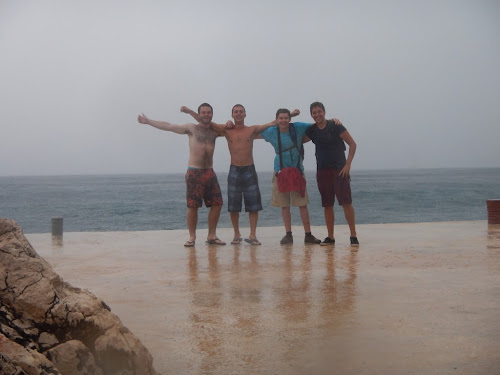 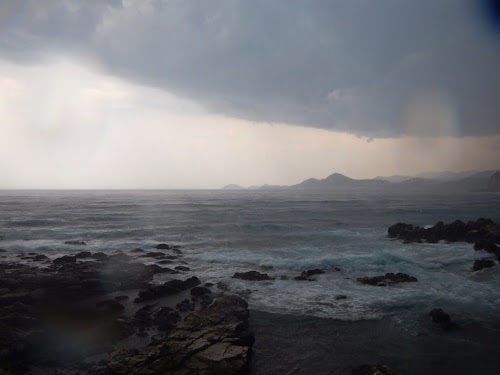 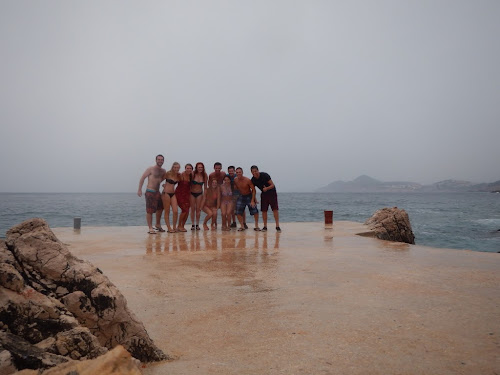 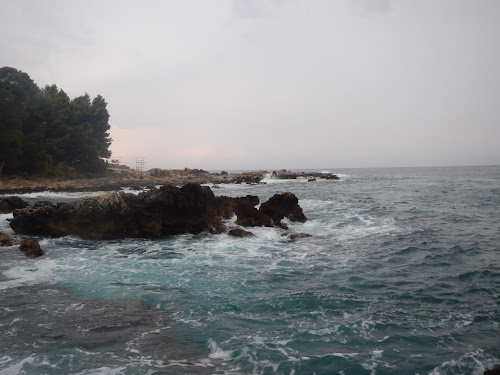 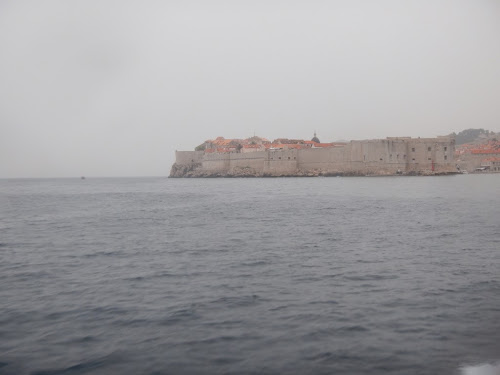 Anyway, after failing to capture a photo of me with a bolt of lightning in the background (see below) we eventually got back to the mainland. At this point, I'll repeat the fact that in an effort to save money, the 42 of us on Top Deck were all sleeping in tents.

EVERYONE: The ground is really hard to put tent pegs in. What if we just hold the fly down with rocks?

ME: What if it rains?

EVERYONE: Don't worry, it won't rain.

As somewhat of a seasoned camper (they call me Tentman) I went to a super-actually-ridiculous amount of work to peg my tent in properly, even though I did actually agree with the group assessment that it wouldn't rain. This proved fortunate because upon returning to camp, my only inconvenience was that I couldn't wash my clothes as I had planned because the other 40 people who weren't in my tent needed to use the clothes dryers to dry all of their possessions. One girl literally didn't speak to me for two days, so intense was the barrage of "I told you so" she received. Actually, that's a lie. I said it once, it's just hard to take a joke when everything you own (including laptop and passport) in the world is dripping wet, I guess. I thought it was funny though.

Also, one group was at the restaurant at the top of the hill that overlooks Dubrovnik when the storm hit. I don't know what the restaurant looked like pre-storm, but I'm willing to bet it didn't look like this. 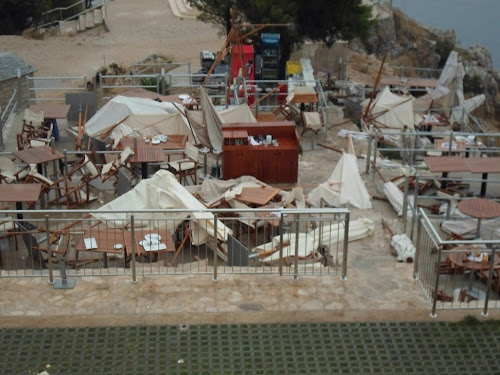 That night we went back into Dubrovnik (some people just stayed and slept either on the bus or just on the ground on lilos because it was dryer outside their tent than inside it) because as I alluded to earlier, Dubrovnik at night is awesome. Through the magic of Facebook, I also managed to meet up with a girl from Canada who we met at the campsite in Florence who also happened to check-in in Dubrovnik. Sometimes I can't decide if the world is enormous or tiny, but Facebook certainly makes it easy.

Ps. I forgot to mention, before I trimmed my beard in Albania, I was walking past the pool without a shirt on and one of the local kids called me Chuck Norris. You can believe it or not, but it happened and I'll round-house kick you to the face if you don't believe it.

Posted with Blogsy
Posted by Les Betchos at Friday, August 30, 2013