Plitvice Lakes One To Know One

Our next stop was in the north of Croatia, away from the coast, at the Plitvice Lakes national park. Initially I was skeptical about why we were stopping here for two nights when there were so many things to see in Europe because I had never even heard of them.

On the way to Plitvice Lakes, we stopped at the small Croatian town of Zadar. Zadar is considered the worlds first real holiday resort town. When the Roman Emeror Diocletian split the Roman Empire into Eastern and Western empires, he appointed himself emperor of the Eastern empire, with Constantinople (modern day Istanbul) as its capital. He also established a holiday home for himself on the Dalmatian coast. Other wealthy Romans began to follow his lead and the town of Zadar was formed. Surprisingly, this small, otherwise innocuous Croatian town has some of the best preserved and most impressive Roman ruins in Europe. It also has a few modern attractions including a 'sea organ'. Essentially, this is a series of holes and pipes drilled into the rocky coastline that, when the wind and waves collide with it, plays a tune that is entirely dictated by the weather.

Anyway, when we finally got to Plitvice Lakes, there was virtually nothing there besides a small campsite besides the national park. We set up our tents and wandered down to the small general store because there was little else to do. On the way, an interesting discovery was made. As I have previously mentioned, most of the Too Deck group was either from Australia or New Zealand (with a few Canadians and South Africans for good measure). The New Zealand accent (despite apparently being voted the sexiest language in the world in some survey. This was according to the Kiwis themselves, I'm skeptical) does not distinguish between the pronunciation of 'bear', 'bare' or 'beer'. In fact, all three come out sounding like 'bier'. After making fun of the kiwis (more than normal), we decided this discovery was more than enough reason to drink lots of beer so that what we did. The local store sold beer bottles in 200, 330, 500, 1000 and 2000ml bottles and someone decided we should all buy one of each bottle and drink it. For those of you playing at home, that's a bit over 4 litres of 'bier'.

After a far too early start the next morning, we piled onto the bus and headed into the national park to see the actual Lakes from which Plitvice Lakes took its name. To say it simply, they were stunning. It was a hot day and we were incredibly disappointed to find out that there was strictly no swimming in the lakes but when we saw them, we could understand. I'll just say that the lakes were super-duper pretty and attach lots of photos which will hopefully do a better job of getting my point across. 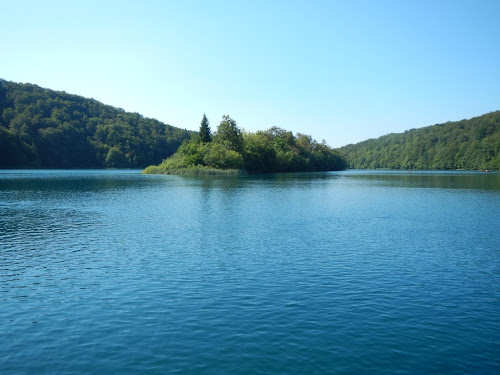 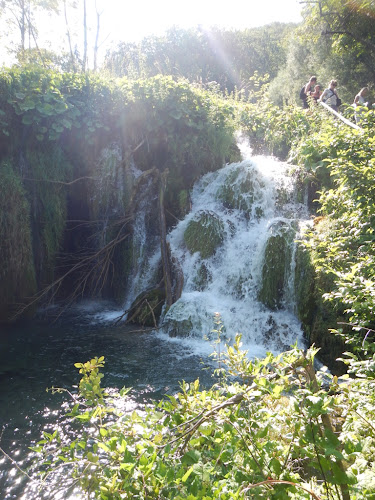 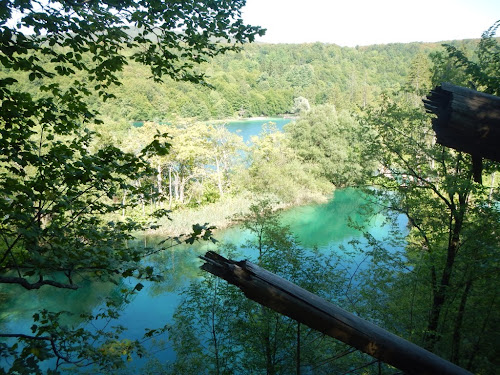 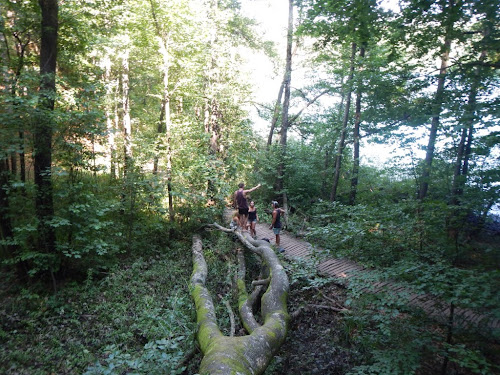 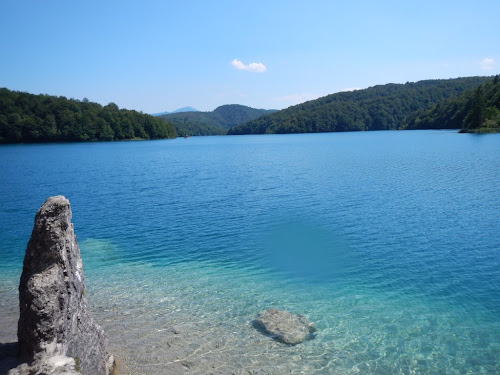 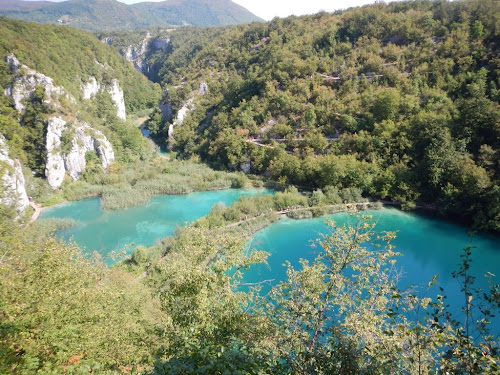 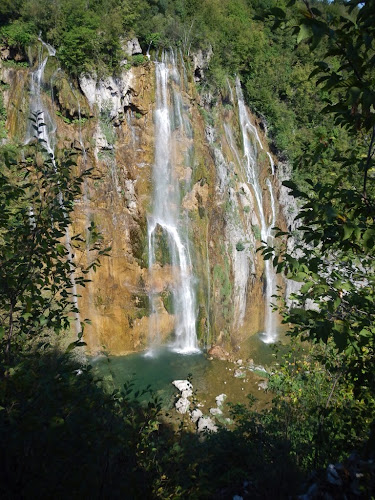 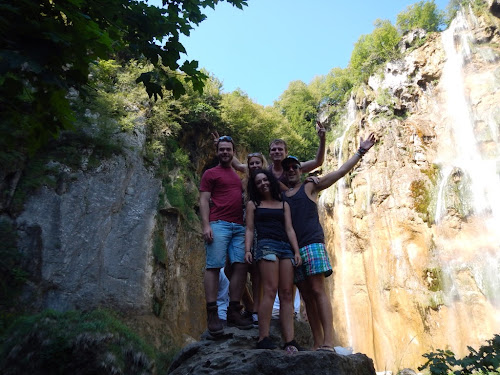 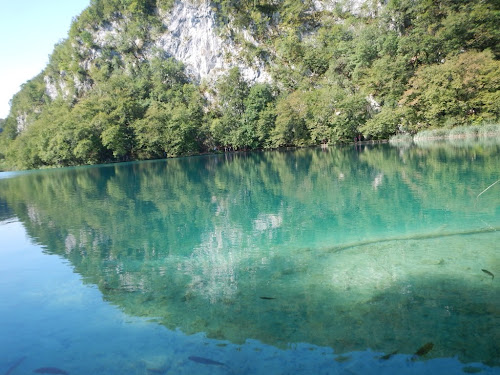 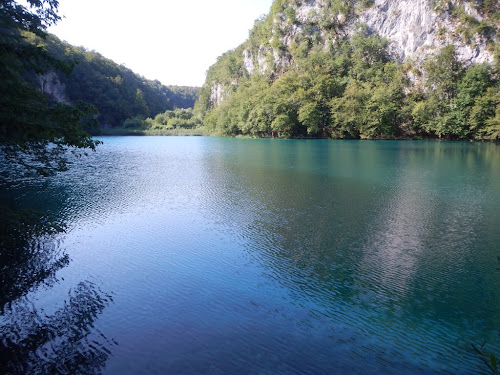 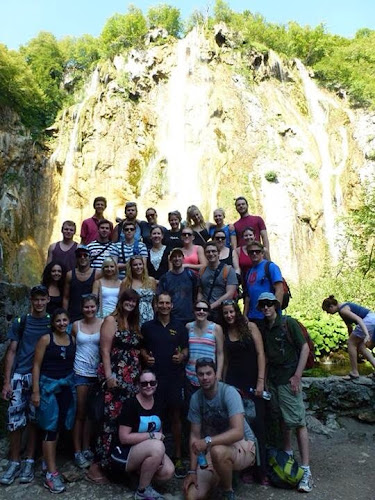 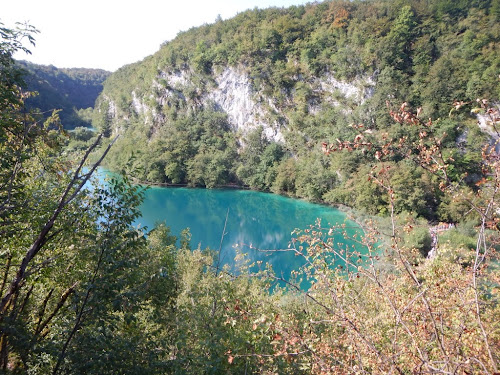 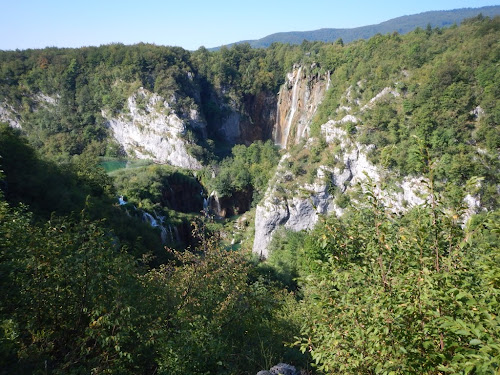 I'm not claiming to be a super fit person by any standards, but I did certainly feel it after I ended up hiking around the lakes with four smokers. I'm fairly sure we stopped for a breather or a smoke break every 10 minutes the point we almost missed the bus home (also we got slightly lost but mostly the smokers-are-jokers thing).

Posted with Blogsy
Posted by Les Betchos at Saturday, August 31, 2013