Amsterdam. Just the name brings to mind several images which are innately associated with the Dutch capital. Sex. Drugs. Wooden shoes. Cheese. Yes, Amsterdam has everything one needs to live a life of debauchery to the fullest (especially the clogs). The actual truth of the matter is that Amsterdam is more than a motley collection prostitutes, dreadlocked Rastafarians and peeling men in skin-tight golden pants. Amsterdam is actually a vibrant and fascinating city in its own right.

On our drive to Amsterdam (which was to be my last on the Top Deck tour bus but I'll come to that in a minute), we stopped in at the home/workshed/store/farm/potential hostage-holding barn of a local Dutch cheesemaker and clog aficionado. 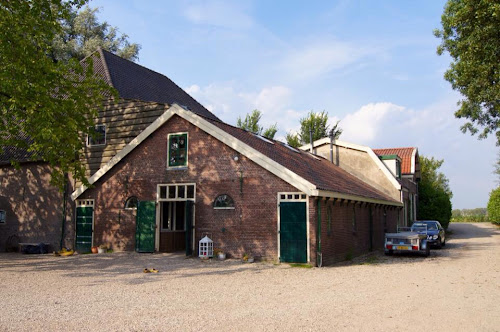 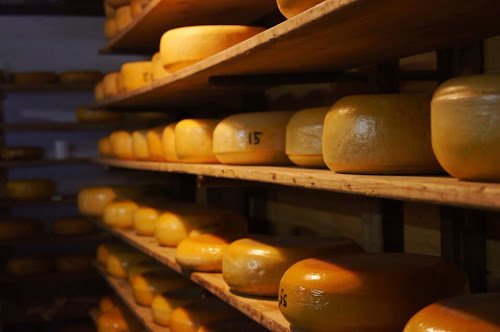 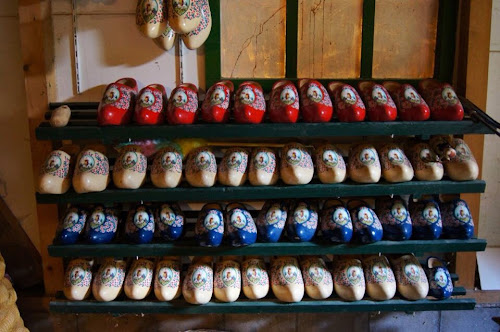 To put it gently, this blessed cheesemaker was a few croissants short of a continental breakfast. To put it less metaphorically, he was full on, pants-crappingly crazy. Phil did give us some warning that he may not be the poster boy for mental health but that he was probably harmless and probably wouldn't kill us and eat our skin, but when he came to the door of his barn half shaved and wearing a patchwork tracksuit made of alteast 9 different coloured bits of fluro sewn haphazardly together I don't mind admitting I was hesitant. Despite his distinctly serial killer appearance, he was friendly enough (actually, probably a bit too friendly) and showed us into his workshop where he makes cheese and wooden clogs ( not at the same time). Now I feel this is an appropriate time to make a confession. This isn't going to be easy to hear for most of you but... I don't really like cheese.

Is there anyone still here? No? I didn't think so. Just in case anyone has the fortitude to accept my faults and move on, I'll finish recounting my experience with the crazy man in the track suit that I can only assume can be seen from space. Like I said, I'm not a huge fan of cheese but when he started passing out samples, even I found them... Tolerable. Like, I ate it but I wouldn't have asked for more which is actually a glowing endorsement of cheese from me. It was definitely interesting to learn about the manufacturing process. After the cheese, he took us into his workshop which was lined entirely with human skulls. Actually, it was lined entirely with small, wooden clogs but the skulls thing probably would have been less weird and more expected. The process for making the clogs was fascinating as well but, like the cheese, I didn't feel the need to buy any as we left through the gift shop (yes, he had a gift shop in his garage). Pleased to be leaving with all digits and appendages in tact, we headed on towards Amsterdam.
As I mentioned at the start, Amsterdam is a very beautiful and vibrant city. It is not an especially large city by the standards of some other European capitals but it w certainly just as busy and constantly moving. We we staying in a hostel again in Amsterdam which I was completely fine with. We spent a lot of time wandering around the town by both day and night. This did include a casual stroll through the red light district, complete with bored-looking hookers behind red-tinted glass windows facebooking their friends in the other windows about how bored they were and how good looking they thought I was (I'm just guessing here but it seems the logical thing to assume). The city by day was just as nice, however. In fact, compared to bored hookers in glass cubes, I'd say the city during the day was nicer. That having been said, I was still surprised by the number of families holidays with young children I saw taking place around me. 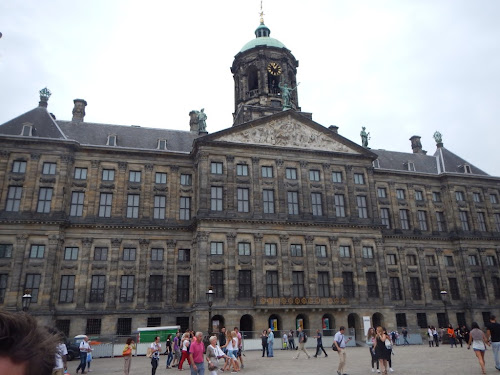 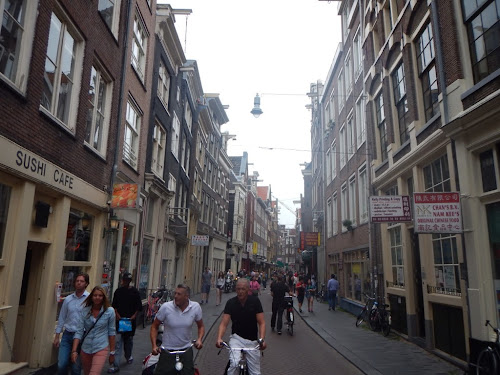 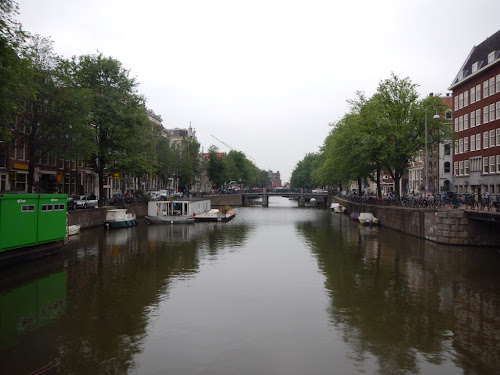 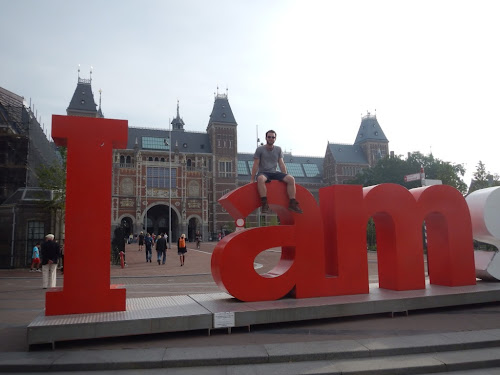 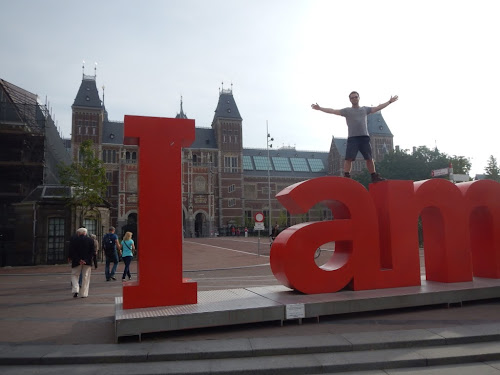 This was all tinged with a definite note of sadness and finality, however. Amsterdam was the last stop in our whirlwind 34 day tour before the bus headed back to London and on top of that, many of us (including your narrator) would be leaving the trip in Amsterdam to avoid being marooned on that small, dreary, wet island they called England. After 34 days with the same people, I had mixed feelings about the end of my time with them. On the one hand, yes I was obviously glad to have some free time to myself. On the other hand, I was genuinely surprised with how much I did not want to the trip to end. For those who don't know me well enough (also, I think I may have alluded to it on this blog at some point) I am a die-hard, self-confessed introvert. If you've ever spoken to me for more than half an hour at some point, I'm probably sick of you (in the nicest possible way) but after 34 days of being in essentially the closest proximity imaginable with 46 strangers I was actually not sick of them. That was the most surprising thing of all and I'm sure it serves as a testament to the outstanding nature of the people I was lucky to have travelled with. I honestly could not have asked for a better group with better staff. I hope I see all of you again at some point and know that if you ever need a place to stay in Sydney, don't be afraid to ask (even if you're from New Zealand). 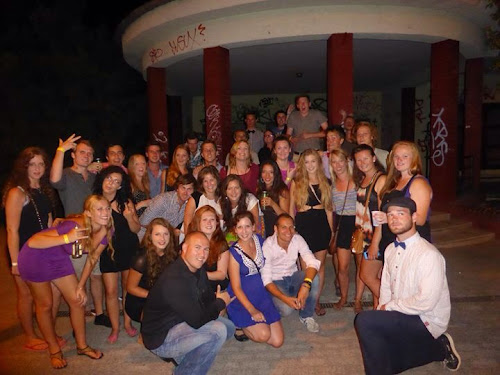 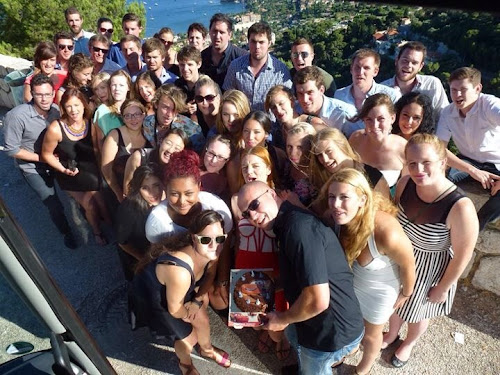 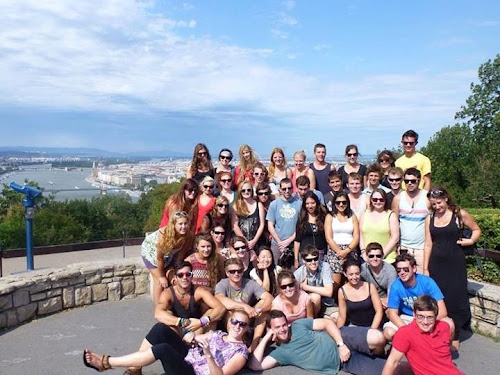 Our last night was an understandably big affair then. The national colour of the Netherlands is orange and there are consequently orange shirts everywhere in Holland (why does Australia not have a national colour? The closest we have are Balinese 'Bintang' singlets but I don't think they count as a colour) so that was the theme of our final night. Everyone bought an orange shirt and we went for a canal cruise through Amsterdam. Speeches were made, prizes were given, tears were shed and hugs were hugged. I was given a 50ml bottle of Jack Daniels as thanks for helping so many people set up tents throughout the course of the trip. I detest bourbon but I'm still carrying it in my backpack three weeks later. I should also mention that there was an open bar on the boat and it was our last night so things got a little...weird. 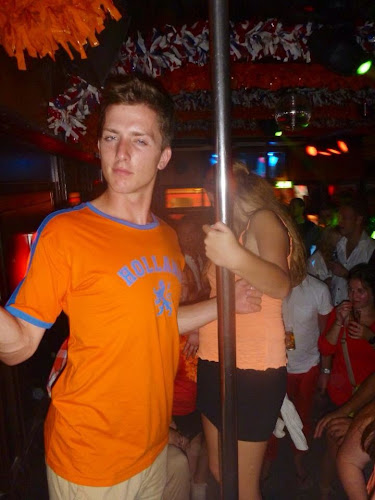 I just want an excuse to include this picture of Tom. 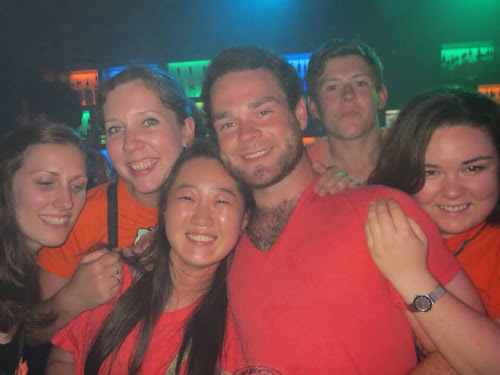 Bitches love me. Even John. Especially John.
The next morning I managed to pull myself out of bed at a ridiculously early hour to say farewell to everyone who was condemned to return to England that day. It was sad to see them go, but at least I got to return to my somewhat comfortable hostel bed. That day a few of us who had remained in Amsterdam decided to catch the train to the nearby town of Delph. For those of you don't know (and I include myself in that category until literally about 10 minutes before I got to Delph) but Delph is where they make those fancy blue and white ceramic utensils, vases and plates which you probably can't visualize but would recognise if you googled it. Strangely, this did not hold my interest for as long as you might expect and the rest of the day was spent exploring Delph. There wasn't really much there but it certainly was quaint and peaceful. 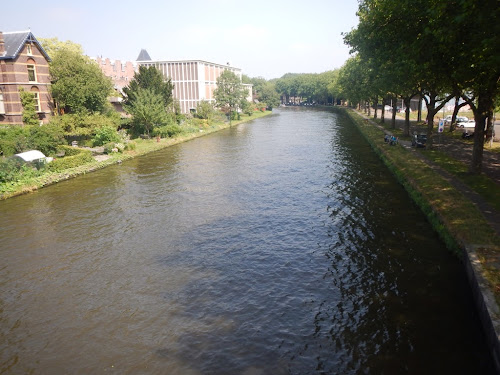 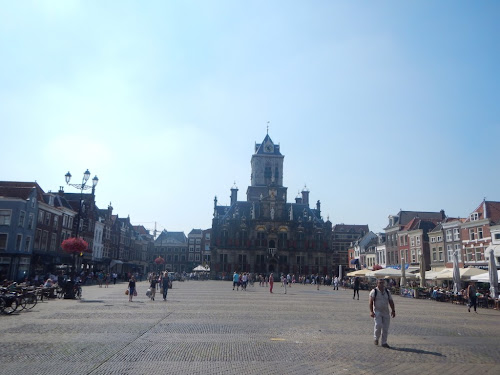 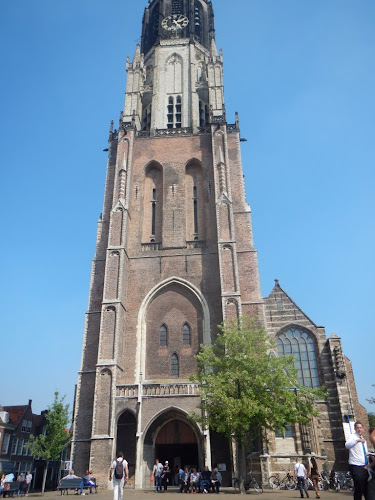 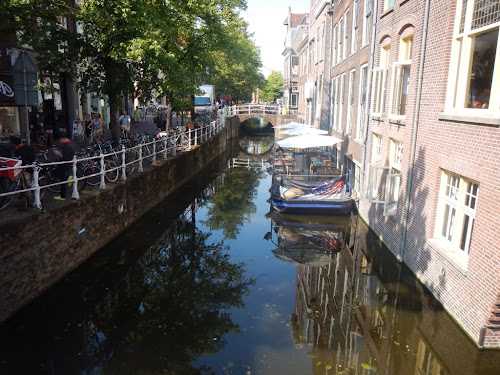 Anyway, that about sums up Amsterdam. I have a lot of blog posts pre-written and ready to go for my time in Spain and Portugal but I might space them out. I guess I'm officially caught up. It's a good feeling.

Posted with Blogsy
Posted by Les Betchos at Saturday, September 14, 2013