The next day was the day of three capitals. We left Budapest early the next morning and drove towards Bratislava before we would continue on to Vienna. Keen-eyed readers will notice these are three cities that I had visited before and I was quick to act as a local tour guide as much as possible. In Bratislava I led our small band of explorers through the quaint, narrow cobblestoned streets to a few of the local highlights. Bratislava not being a large city, however, we were back on the bus after lunch on the way to Vienna. 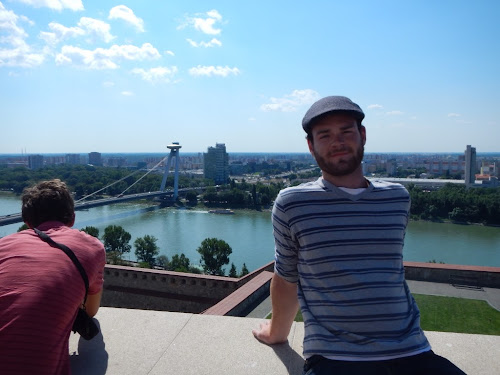 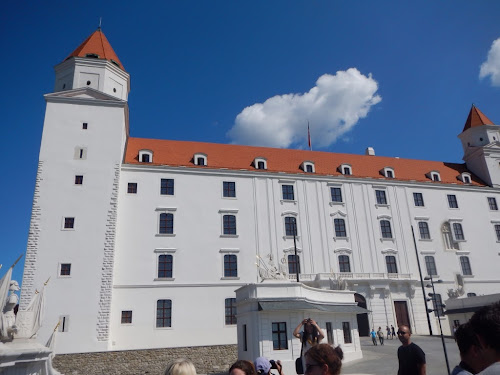 I think I may have alluded in the last post about a trend that was beginning to form. Well, two actually. Firstly, I looked to get my haircut in Bratislava and Vienna and (spoilers) I still couldn't find one. Make that 3-0 to Europe. Secondly, there are lots of photos of me sitting on statues. It wasn't planned but it just started happening. 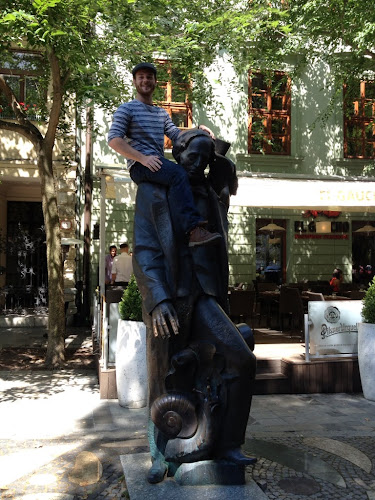 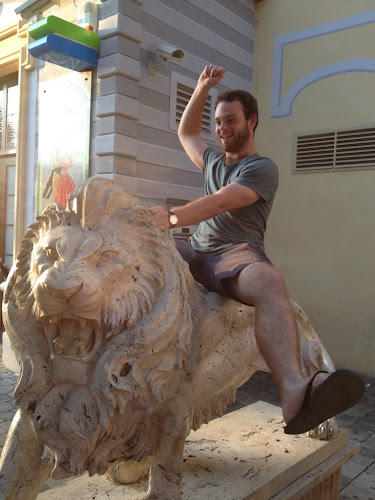 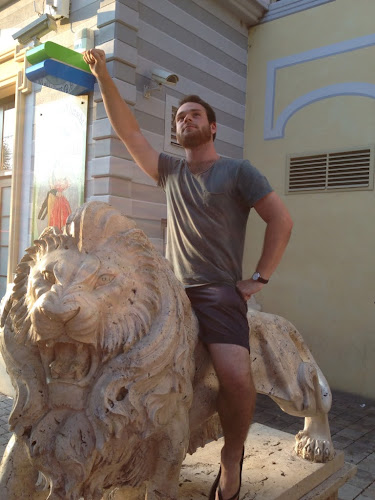 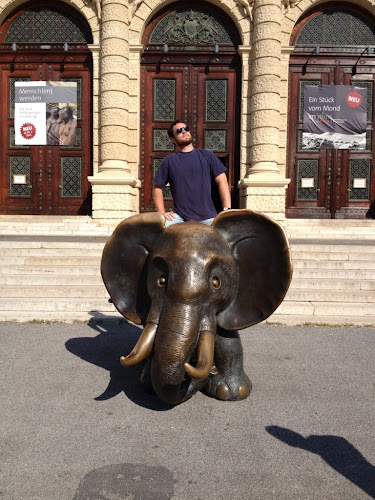 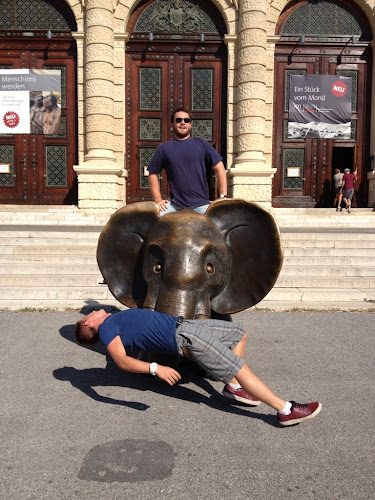 There is a very real chance that this may not be the most interesting blog post I ever write because, as I probably mentioned in my first post about Vienna, I was not the biggest fan of the city. That fact, coupled with the fact that I had already done most of the tourist attractions in Vienna, meant that I took it easy for a few days. Instead of early starts and sore feet to try and see as much as possible, I enjoyed (relatively speaking) some sleep ins and a more relaxed pace which, to be completely honest, I really enjoyed and probably needed. I still got out and explored Vienna but it was at a much more relaxed pace because there was none of the fear that I might not see everything. I know it's naive to say I had seen everything to see in Vienna on my last visit, but this was my fifth day in town (as opposed to everyone else's first) and sightseeing with Chuck is a rather intense experience. I definitely saw a hell of a lot on my first visit.

That having been said, my second visit to Wien only cemented my perception of the city and it as a view shared by the majority as we were leaving. Vienna is a truly beautiful city. The level of intricacy in the decoration and planning is magnificent and the glory and influence of the Hapsburg dynasties is immediately obvious in the city. If you appreciate grandiose, classical architecture, extensive galleries and museums and a vibrant coffee culture then Vienna is definitely the city for you. If, however, you are under the age of 60 and do not have piles of disposable income literally falling out of your wallet every time you open it then Vienna may not be the city for you. Unfortunately, I fall mainly under the second category and hence find Vienna to be a little dull, fairly pretentious and extremely expensive. 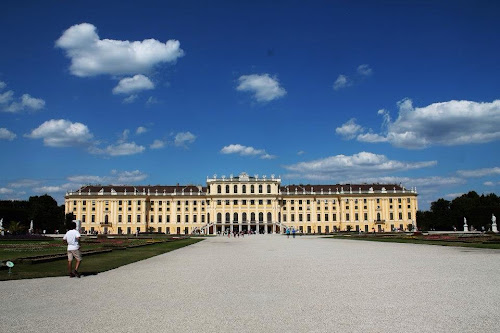 One highlight, however, was a night at Prater Park which is a famous amusement park in Vienna (how famous you ask? You know that scene in the James abound film "The Living Daylights" where the bad guys assassinate a dude at a theme park? That was Prater Park. Boom!). It wasn't different to any other amusement park across the world really, but it was still a lot of fun.

Anyway, like I said. It's probably wasn't the most interesting post ever but the next one is Prague and Prague is awesome!

Posted with Blogsy
Posted by Les Betchos at Sunday, September 08, 2013