Before I even left for my trip, I had multiple people tell me "Oh, you're going to Europe? You HAVE to go to Prague". To those people, all I have to say is this: Good advice Prague really is awesome. Firstly, Prague has developed a reputation in recent years of being one of THE party cities in Europe and this is definitely true. In my time in Europe I've been to a lot of bars and way more clubs than I'd like and the ones in Prague definitely rate at the very top. The second reason Prague is awesome is that it is probably the most beautiful city in Europe I've been to so far. Yes, I know I said I loved Dubrovnik and Budapest (and spoilers: Lisbon is my current favourite) but without a doubt, of all the cities I've been to, Prague takes the cake for the most beautiful. This is why it's such a shame that I took barely any photos and virtually no good ones whilst I was there.

Prague is an old, old city that has somehow managed to reinvent itself as one of the newest and most modern cities in Europe. The contrast between these two aspects is unique and fantastic to witness. Much of the city is many centuries old and some of the buildings there are some of the best examples of architecture I've seen. In particular, the Charles Bridge, the castle and St Vitus cathedral are very impressive but the entire city is full of majestic old stone buildings. 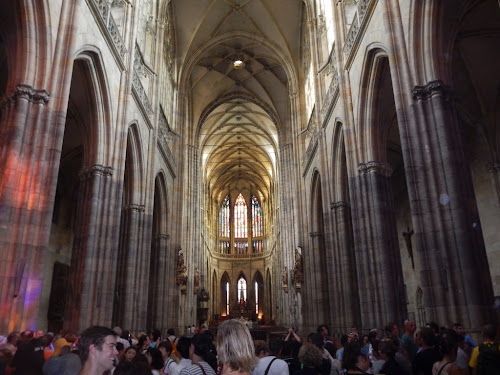 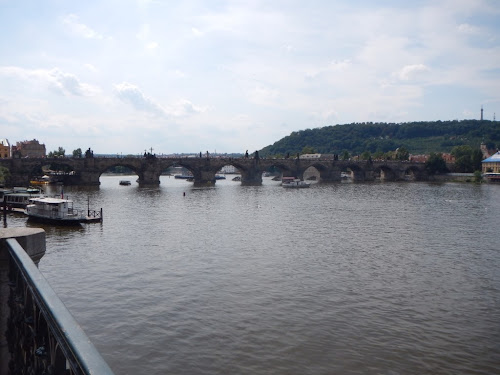 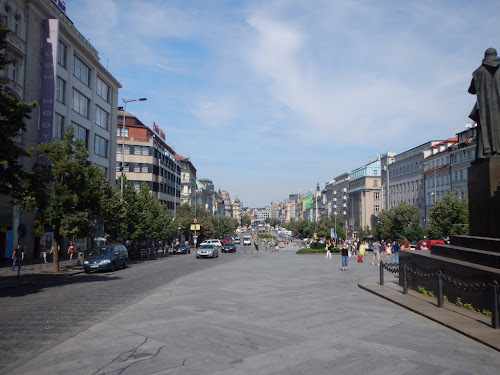 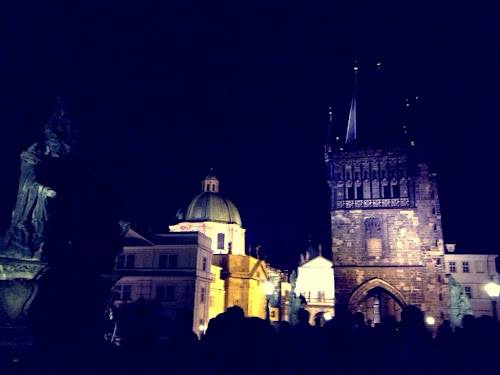 At the same time, the modern aspects of the city, particularly Prague's famed nightlife, exist in and around these ancient edifices. I definitely feel like I'm not doing the city justice. Because actually using my camera apparently wasn't high on my priorities list for some reason, most of these photos from Prague a from other people who put them on Facebook. My time in Prague itself was fairly uneventful. We had a few big nights enjoying the nightlife (including one five story club which was actually pretty cool even though/because I spent most of the time on the 'oldies' floor). Also, Prague is famous as the home of Absinthe. 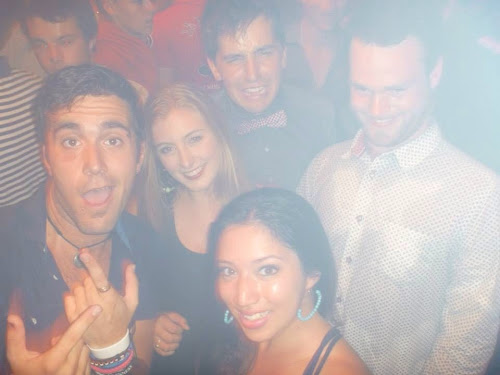 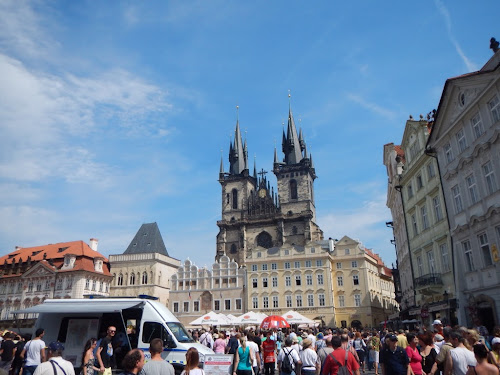 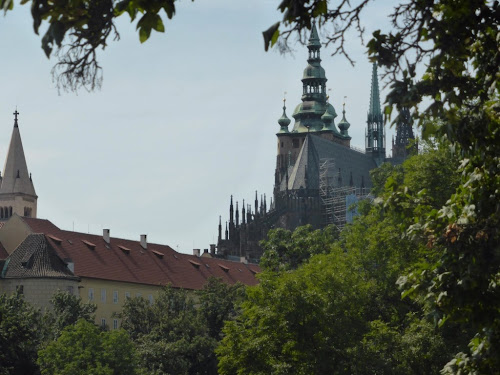 For dinner, a few of us bravely wandered down a very narrow, steep alleyway (the term 'rape-alleyway' was thrown around) in search of a restaurant and we found ourselves at a rather fancy restaurant right on the banks of the rive with a fantastic view of the Charles Bridge. We had a rather large and delicious meal of local cuisine and paid the equivalent of €10 each. Prague might be a modern city but it is still in Central Europe which means most things are cheap.

I've noticed that I say "we" and "our group" and "us" a lot. I don't mean that all 46 people on the tour all stuck around together all the time. Generally each day we would all split up into smaller groups depending on who wanted to do what that day. As a general rule this was the core group I hung out with mostly, although like I said, the lineup is always changing. 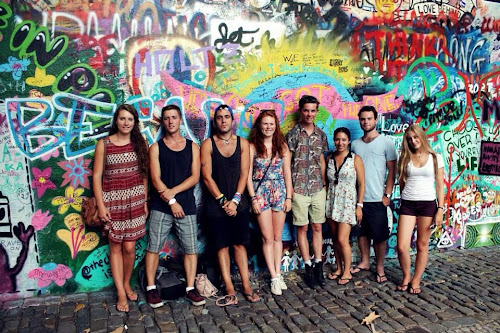 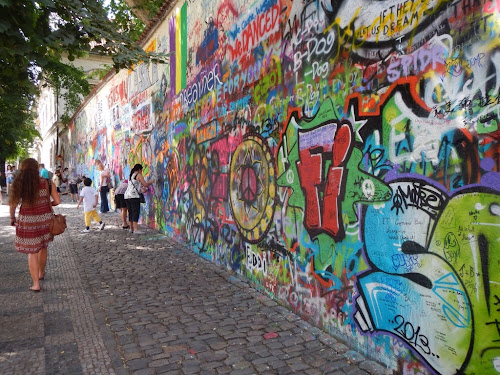 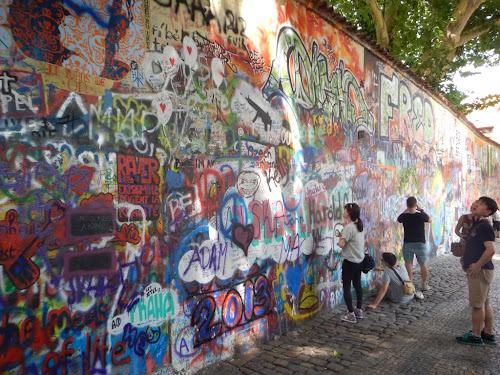 That's the John Lennon peace wall, by the way. I don't know why it's there but it is and it's really cool. It's also way bigger than it looks there.

Again, I definitely don't feel I've justified how cool Prague is but to be honest, I'm struggling a bit. Right now I'm writing from Portugal many weeks after the facts, which is why this post is probably slightly rambling and disjointed. I'm trying to catch up, I promise.

Posted with Blogsy
Posted by Les Betchos at Sunday, September 08, 2013