I arrived in Lisbon shortly after 8am. I honestly wouldn't recommend night trains. When I put my mind to it, I can sleep pretty much everywhere and two months backpacking has definitely only fine tuned this admittedly underwhelming superpower. That having been said, even I struggled to sleep on the uncomfortable plastic seats on that 10 hour trip. Fortunately I had the first half of the new season of Breaking Bad to catch up on (which, by the way, is awesome) on my iPad. It turned out the girl I was seated next to (her name was Lisa and she was, like most people in Europe, Australian) was also staying in the same hostel as me so we trudged up the hills of Lisbon to the hostel. 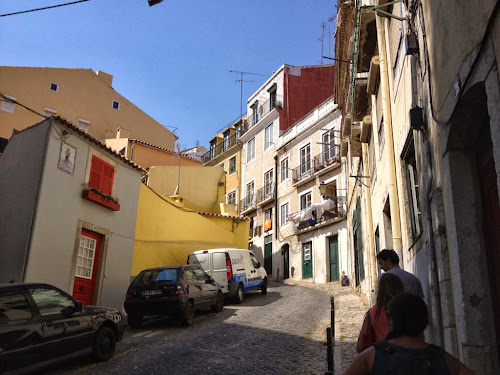 I think I've been fairly positive with my appraisals of cities I've visited so far. I'd say I've like pretty much everything but believe me when I say that, to date, Lisbon is my favourite city in Europe. Every time I say this, the other person is usually surprised and asks why. The surprise I understand. I was not expecting to like Lisbon as much as I did. In fact, I wasn't even planning to go to Portugal until I figured I might as well since I was in the neighborhood. I intended to stay two nights in Portugal but I was there a week which is more time than I've spent in France, Germany or Italy as of this point. As for what makes Lisbon so great? Firstly, it's a beautiful city. It's full of colour and still has that old-world quality that larger European cities like Paris or Rome lost long ago. There was a time when the Portuguese Empire was literally the largest and most powerful in the world and looking at Lisbon, you can still tell. I heard one tour guide describe Lisbon as an aged 1950's pinup calendar girl. She might be old and a bit rundown now, but you can still tell that she used to be beautiful and she never lost it entirely. Bit of a sappy metaphor, I know, but also weirdly accurate. The city itself reminds me a European San Francisco (the hilly streets, the trams, the fact they have their own Golden Gate Bridge). On top of all that, the people are friendly, the food is good and everything is cheap. If I had to live in one European city, It would be Lisbon (sorry Budapest). 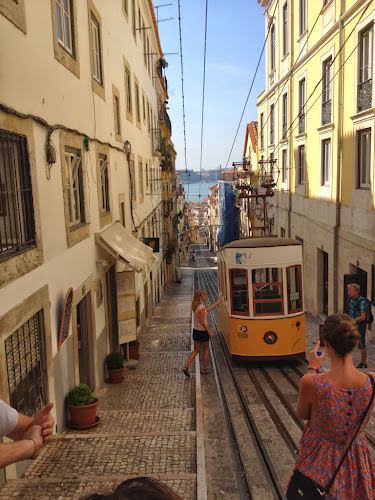 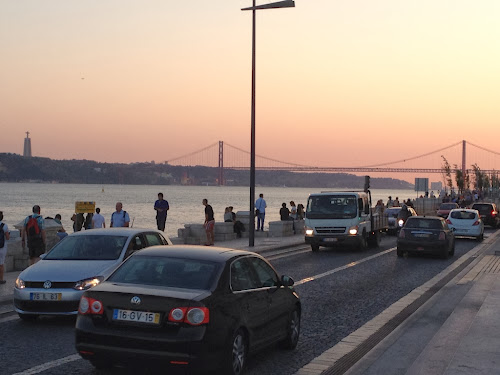 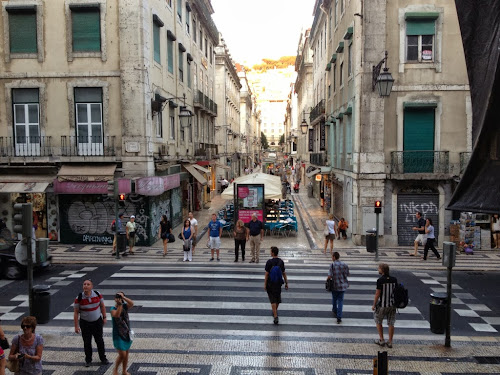 The only two downsides are this; firstly, the streets are steep and hilly as hell. Secondly, Portuguese is a ridiculous language. It is actually nothing like Spanish and, when spoken, sounds like a mutant hybrid between Russian and Arabic. I didn't even try speaking any Portuguese.

Anyway, on my first day in Lisbon, I went exploring Belém with some people I met that morning in the hostel (Fay, Tom and Ash). For those who don't know, Belém (pronounced bee-lime) is famous for two things. The first is the Tower of Belém, which appears on approximately 87% of all postcards from Lisbon, and the second thing is Portuguese tarts (pastóes in Portuguese). The original restaurant that invented them in 1837 is still in business and still uses their original secret recipe. The queue for takeaway orders is a little bit extreme, however. 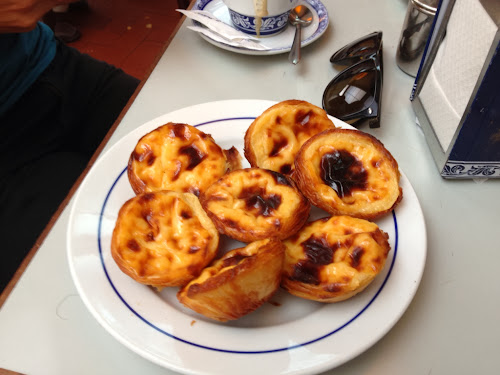 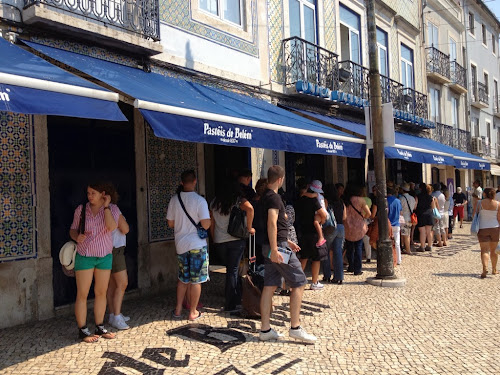 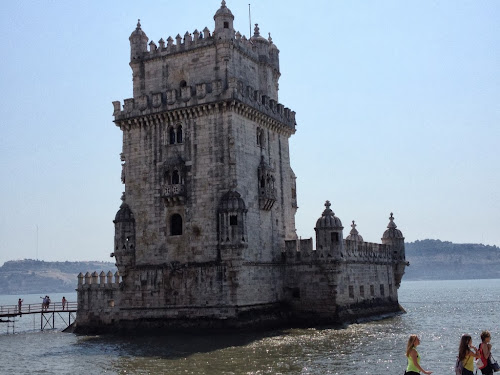 We also climbed a monument to Portuguese explorers and colonists that gave a good view out over Belém. 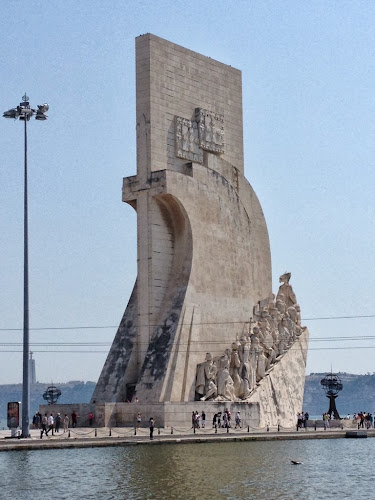 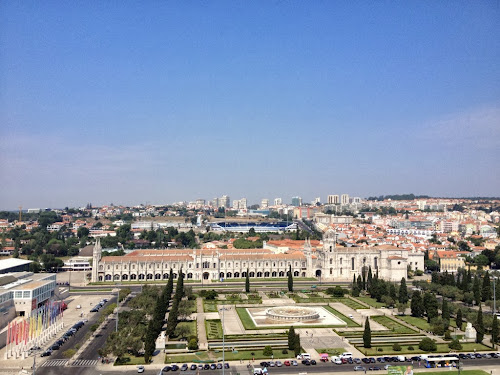 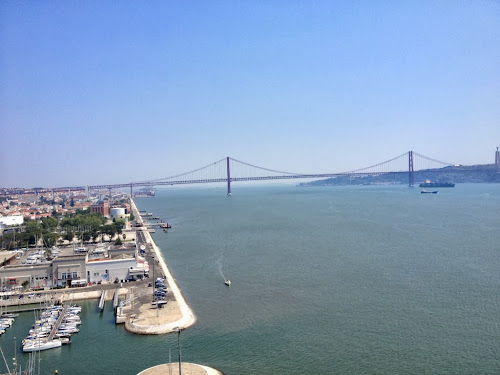 The hostel I was staying in was pretty great. The facilities were all satisfactory but the staff were the real highlight. There was a party seemingly happening every night in the hostel bar and the staff were usually drunker than the guests. The hostel also ran a variety of activities and tours. One was a tapas tour through the very traditional neighborhood of Bica (where the hostel was) which was delicious. I also did a walking tour through Lisbon the next day. Unlike the Sandeman's New Europe tours, this one was run by the hostel and was an awful lot less professional but much better. The guide, Taylor, was from the real San Franscico and walked around the city with a smoke in one hand and a beer in the other for most of the trip. At more than one point he would stop and insist on buying us beers or shots (this is in the middle of the day). Even so, he most definitely knew his stuff and the tour was comprehensive to say the least. The tour went for probably six hours and at the end of it I had to actually track him down in the hostel to give him some money for it because he forgot to ask for some at the end. 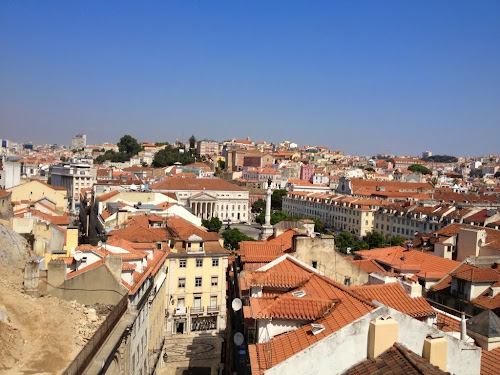 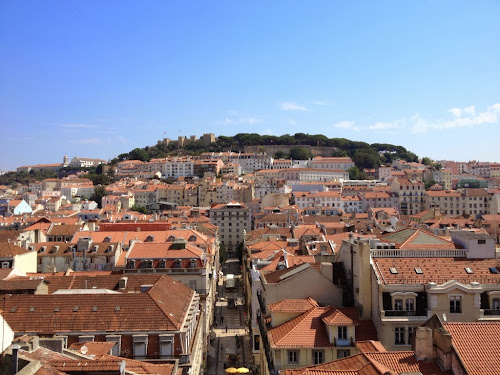 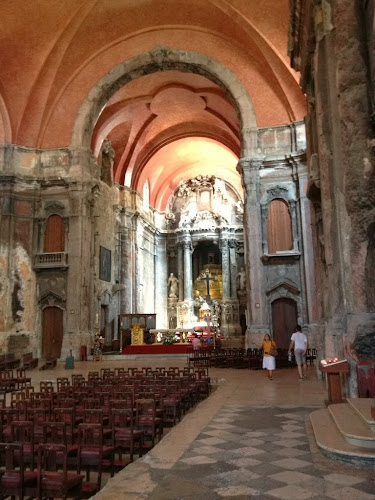 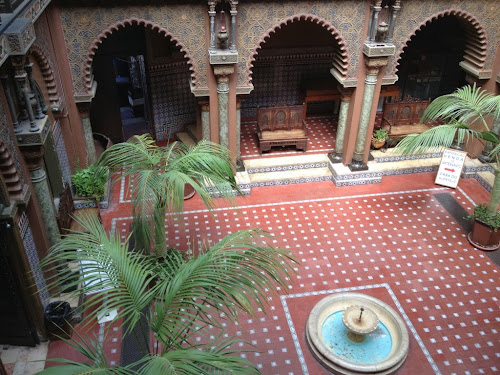 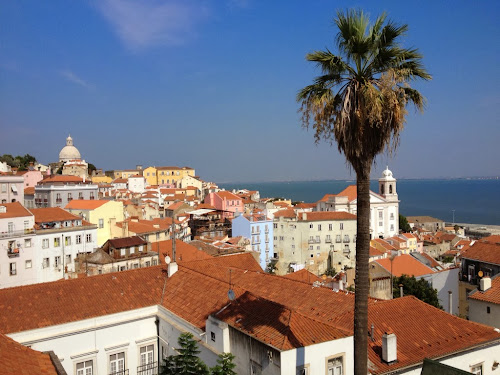 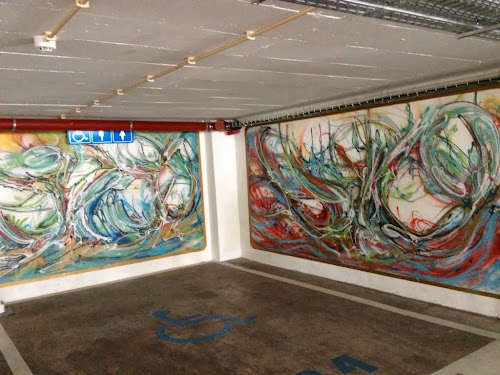 The nightlife in Lisbon was also pretty incredible. There was a neighborhood just to the north of my hostel called barrio alto which was a normal, suburban area during the day and a Mecca for bar-hoppers at night. When the bars start to open at around 10pm (because that's when things get started in Europe), all of a sudden countless small, hole-in-the-wall bars appear out of nowhere. The locals claim there are around three hundred bars in barrio alto. From what I saw, I'd say the number is closer to one hundred but that's still a lot. On top of that, the bars are all tiny with only enough room for a bar counter and a very small standing area. Consequently, customers buy their incredibly cheap drinks (if you pay more than €1 for a beer, you're being ripped off) and stand around drinking in the streets of the neighborhood giving the entire suburb the impression of a huge street party every night. It's a much better atmosphere than normal bars and pubs elsewhere. 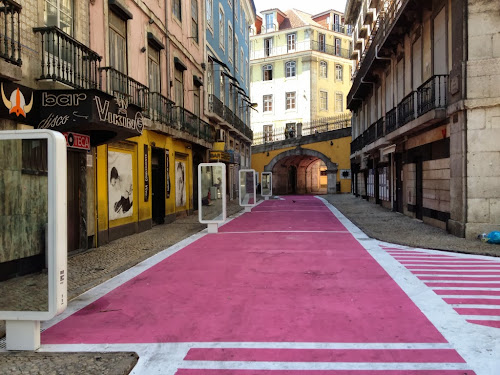 Also, the street in the club district is painted pink.

Originally my plan had been to head back to Madrid and continue my trip back towards the heart of the continent but I decided I like Portugal so much I wasn't ready to leave. Instead of catching the train to Madrid the next day, I instead bought a ticket to the holiday town of Lagos in the very south or Portugal. Braving the night train to get to portugal was definitely worth it.

Posted with Blogsy
Posted by Les Betchos at Wednesday, September 25, 2013