My next stop after Valencia was Madrid. Alexa and Michelle were also planning to head to Madrid next so, although we were traveling separately to get there, we agreed to book in the same hostel (which coincidentally was also the cheapest hostel. Funny that.). We were in Madrid for a few days although, like Valencia, this was not a time wherein I was flat out like a lizard drinking* doing sightseeing and touristy stuff for two reasons. Firstly, Madrid is a beautiful city and it is a great place to visit. The people are nice, everyone is relaxed and happy and there is genuinely a lot of history to the city. Unfortunately, this history doesn't really manifest itself in tourist attractions and I honestly felt I got enough of a view of the cities history by doing a free walking tour one morning (I'll talk more about free walking tours in a bit). The second reason is that, as I mentioned earlier, Spain is a very relaxed country and I feel the best way to appreciate something like that is to experience the culture rather than take photos of old statues. 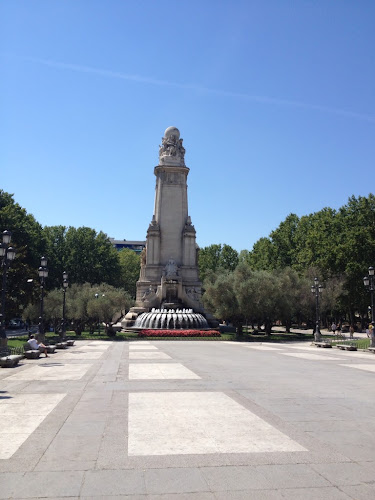 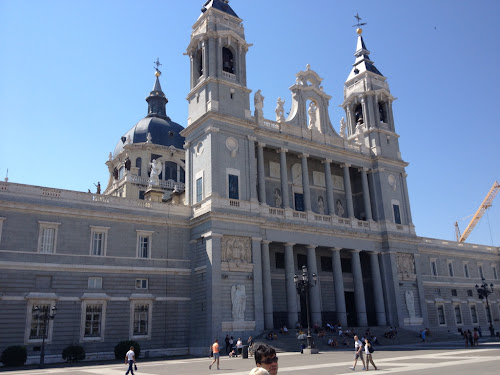 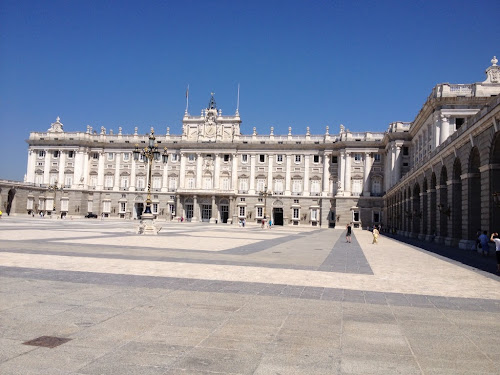 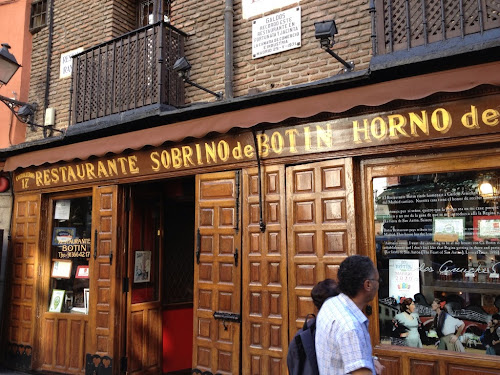 The free walking tours are run by a company called Sandeman's New Europe. Essentially, they operate in almost 20 major cities across Europe (and New York for some reason) and what they do is hire freelance tour guides to come and give guided tours through a city for a few hours. The guides pay the company a fee per person who comes on the tour and then expect tips at the end. The advantage of this over a traditional tour is threefold for backpackers. Firstly, the cost of a tip is usually much less than a normal tour guide (I usually tip €10-15 for a 3-5 hour tour). Secondly, the tour guides really have to actually work for their money since they aren't on a wage or salary and the tours are invariably well run and informative. Thirdly, it's a fantastic place to meet other people and make friends because most of their target market are backpackers. Indeed, the tours usually do a round of all the local hostels in the morning to pick people up and take them to the meeting point. That tour was no exception and I had lunch with some guys I met on the tour (who's names I've completely forgotten. One was called Tom) and an Ecuadorean girl named Nathy. The company also runs pub crawls and specialised local tours (tapas tours, ghost tours, wine tasting, etc.) which aren't free but are usually quite cheap. I've done these tours in Edinburgh, Berlin, Amsterdam and Madrid and I have not been able to fault one yet.

One other interesting thing that I experienced in Madrid was voting overseas. For anyone not from Australia, it is mandatory to vote in our federal and state elections and, since I was not organised enough to arrange a postal vote before I left Australia, I had to go into the Australian embassy in Madrid to vote or face a large fine. This wouldn't have been an arduous task except for two things. Firstly, the security procedures to enter the embassy were extreme. I passed through three security checks, had to surrender my phone, wallet and passport and had to be escorted by a guard at one point to a secure elevator. Secondly, it took a good 20 minutes to locate myself in the electoral role database. Eventually I got an opportunity to express my democratic rights. Don't blame me for Tony Abbott being PM by the way guys, you did that to yourselves Australia! The only person who ranked lower on my voting slip was Fred Nile (if there was a number lower than 8, he would have gotten that).

Oh, and I totally just remembered something else super Spanish I did in Madrid. I went to a bull fight. To reference Ernest Hemingway for the second time in this post, he once said "There are only three real sports; bull fighting, mountain climbing and motor car racing. All others are but mere games". I for one am not one to discount the endorsement of possibly the manliest (definitely the drunkest) author of all time, so Alexa and I went one afternoon (Michelle wasn't keen on seeing it) and I was under the distinct impression it was illegal to actually kill the bull. Turns out, that wasn't true. The stadium holds 25,000 people and it was about half full the day we went. The matadors came out in their super-flamboyantly-gay-looking clothes and marched around for a little bit and then the bulls came out one at a time. The very first matador thought he'd be a smartarse and sit on the ground waving his flag at the bull. He was carried off in literally the first 10 seconds after he found he wasn't as fast as he thought he was. The matadors would taunt the bull, moving the flag when the bull charged As youdnexpect, but it blew my mind when I learned that bullsmare colorblind. The colour of the flag is actually completely irrelevant. Anyway, then he would stick these strange spears-on-strings things into the back of the bulls neck. That was my first clue that this might be more violent than I expected. My second clue was when the matador pulled out a sword and drove it through the bulls spine. The show went for three hours but Alexa couldn't even watch and to be honest I wasn't particularly enjoying the gore so we left after 45 minutes and two dead bulls. It was definitely an experience, to say the least. Oh, and I think the bull might have killed a horse. 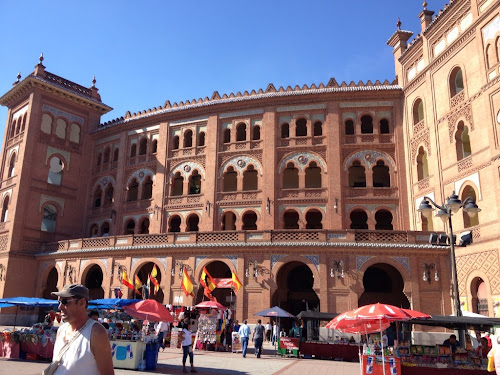 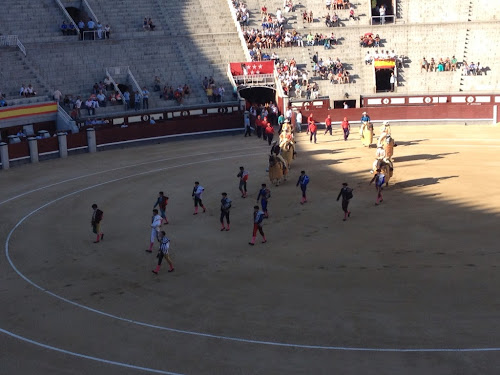 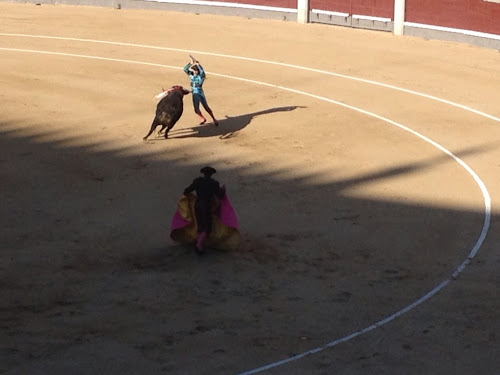 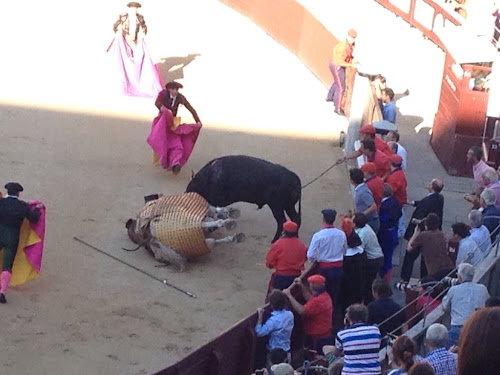 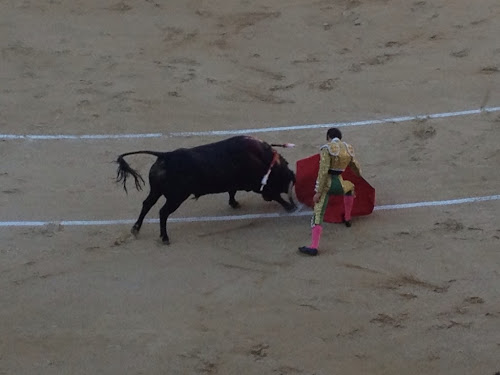 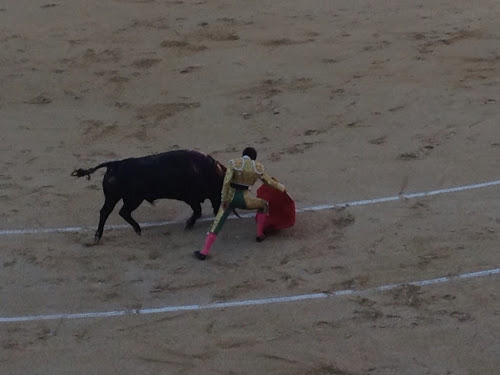 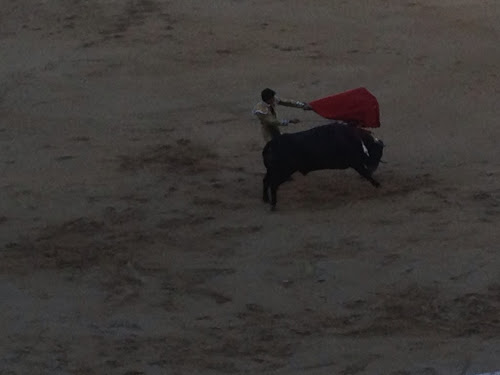 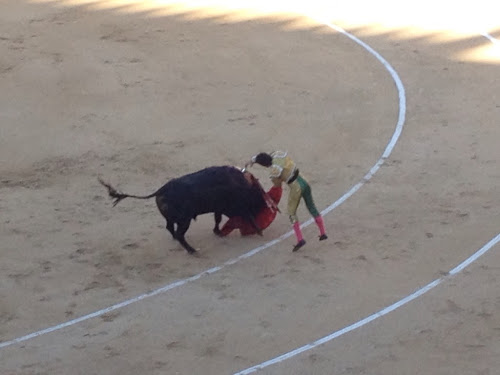 Anyway, that was Madrid for me. That night I caught a night train to Lisbon, Portugal which was not a fun experience. I may have to come back through Madrid in a few days because the mountains between Spain and Portugal mean that train travel between the two countries is surprisingly limited.

*including ridiculous Australian expressions is fun for confusing foreigners.

Posted with Blogsy
Posted by Les Betchos at Wednesday, September 18, 2013