The 2006 film In Bruges is based, unsurprisingly, in the town of Bruges. In the film, Ray (the big city loving, Irish thug played by Colin Farrell) says "I grew up in Dublin. If I'd grown up on a farm and was retarded, then maybe Bruges would impress me but I didn't and I'm not so it doesn't". Personally, I'm not sure I would agree with this assessment although I did enjoy the movie. Bruges is a small town north of Brussels and to quote Ralph Fiennes character in In Bruges (I'll stop talking about the movie soon, I promise) it's "like a perfect f#cking fairytale city". 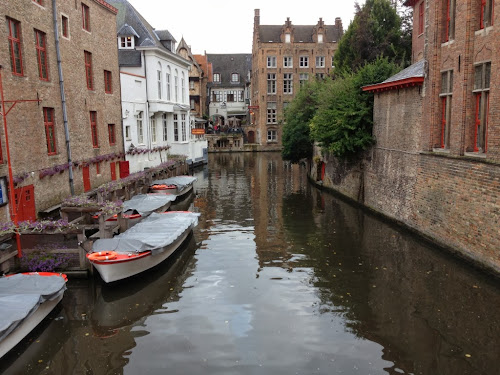 I came to Bruges at the suggestion of some girls I met in Lagos who live just outside of Bruges. The town really is beautiful. It is the absolute epitome of what I expected of a small, ancient European village with its narrow cobbled streets, ancient churches and bell towers and wide, restaurant and pub lined squares. It really is almost like something out of a fairytale. I kind of wish I could see it in winter because I feel it would be magical covered in snow. 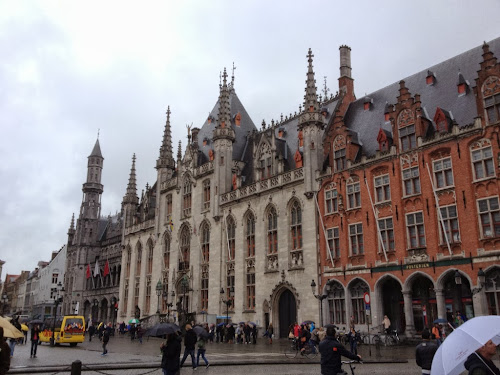 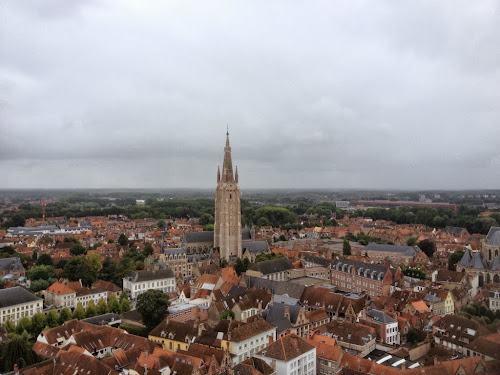 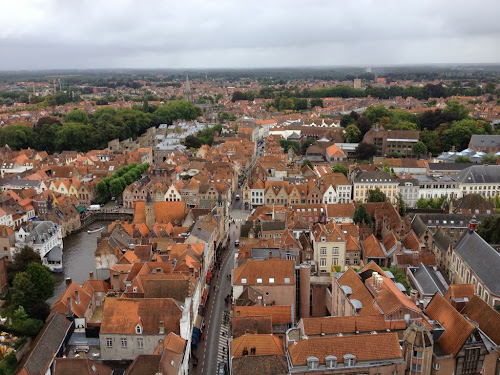 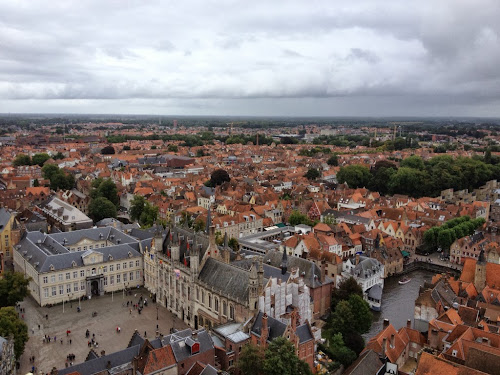 Also, in a strange coincidence, I finished the rather large book I had been reading for the last two weeks on the morning train to Bruges ('Cloud Atlas' by David Mitchell. Incredible book, can't recommend it enough) but one of the final scenes is that of one of the protagonists climbing the bell tower in Bruges. Not three hours later, I found myself at the top of that very same bell tower. 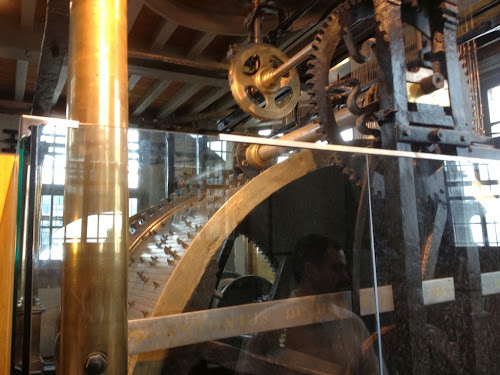 That having all been said, Bruges is still quite a small town. As nice as it may be to look at, there isn't an awful lot to do. Especially if, like me, your bank account gets accidentally frozen and you need to live off €15 in coins for two and a half days. My tour guides, Ruth, Zoe and Lora, showed me about the town which was fun despite the inclement weather. We ended up in a bar that had over 400 types of beer on the menu because Belgium. 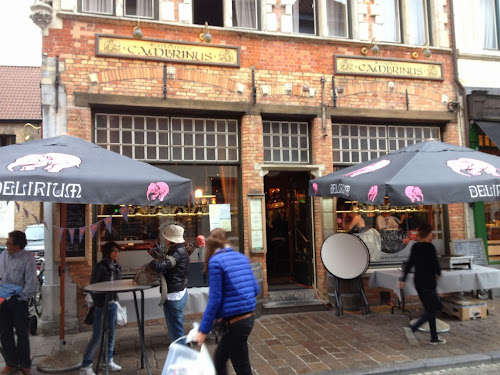 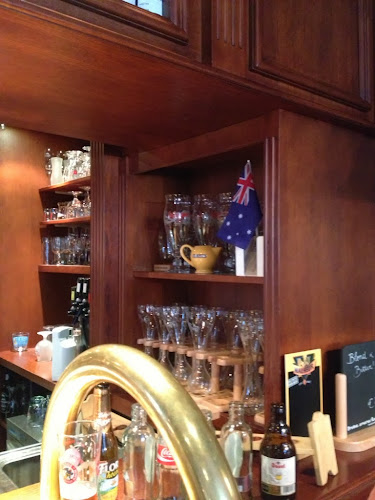 And of course it was full of Australians because beer.

I hope I'm not making Bruges sound too negative here because it really is a beautiful place. I think my only mistake was booking for two nights when really one would have sufficed.

After Bruges, I caught the train to Amsterdam with a change of trains in Antwerp and Rotterdam. In Amsterdam I stayed with Hayley, Haley and Ashley who were finishing their own three month European trip and flying home from Amsterdam. This time in Amsterdam was also fairly uneventful and was just generally a good time to relax with good friends in a truly fascinating city. Most of our time was spent just wandering the streets and canals and getting lost in the hive of activity that is Amsterdam. 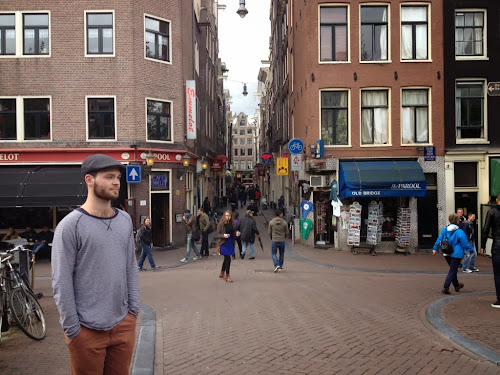 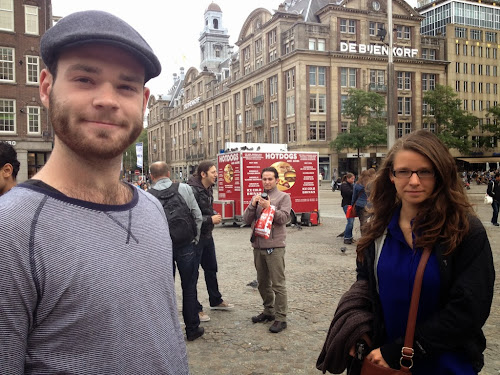 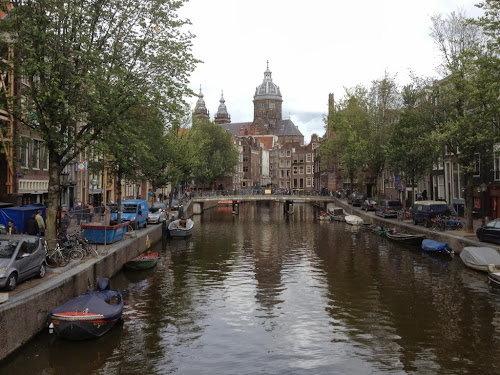 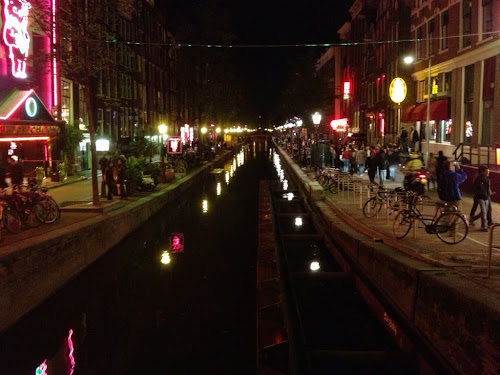 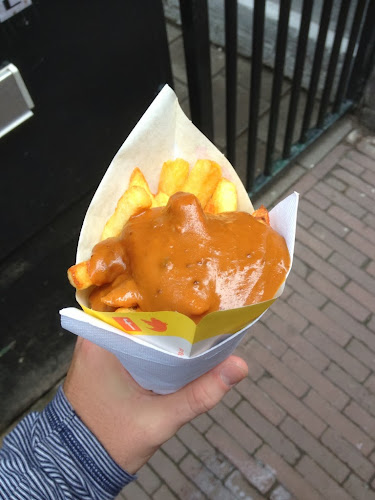 Also, I had fries in a cone with satay sauce. Life complete.

On my third day in Amsterdam, the girls caught their flight back to America and I caught my train to Frankfurt, Germany and Oktoberfest which is a whole different chapter.