Belfast and the Furious

Most of the major, traditional tourist sites in Ireland are in the Republic of Ireland (the southern bit) but there was one big thing in Northern Ireland that Courtney and I did want to see. That was the giants causeway.

If you don't know what the giants causeway is, you've probably seen it before on the Internet or in books about Ireland. Is probably easier to include a photo her than describe it. 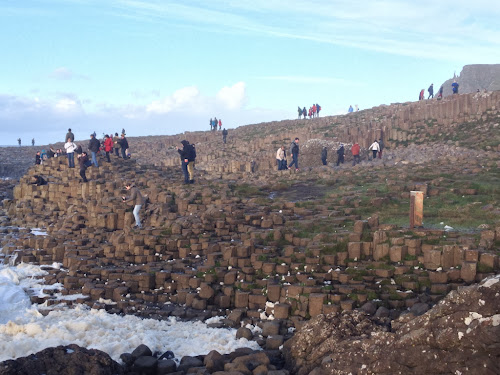 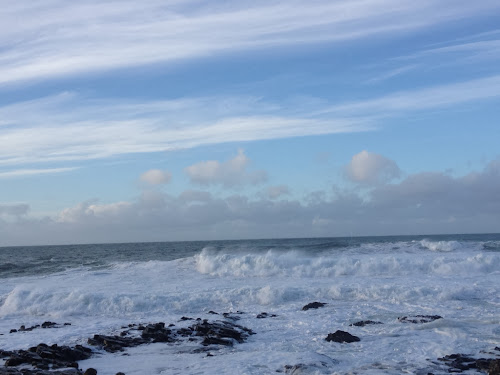 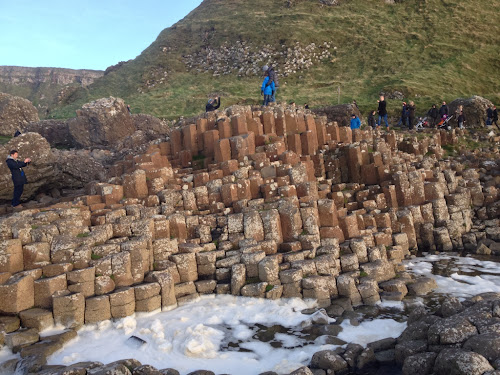 All those pillars that look like they must have been carved by hand to make them so perfectly shaped are actually all naturally occurring. Courtney tried to explain to me how they came about but she has a funny accent so I didn't listen and just silently laughed at her Kiwi-ness. Anyway, they were pretty cool. 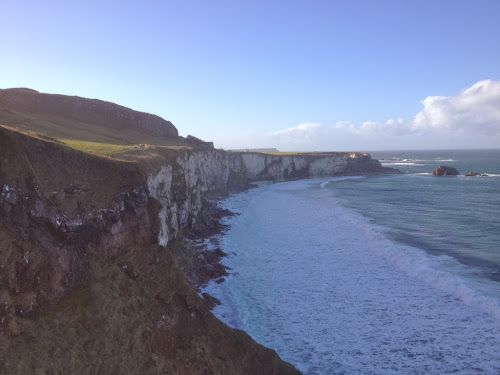 Also around the giants causeway was this cool rope bridge suspended between the mainland and an otherwise inaccessible island. The views were pretty incredible. 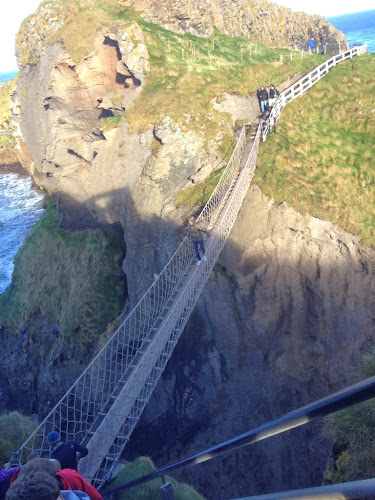 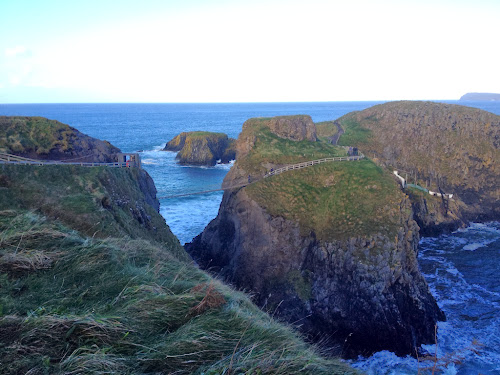 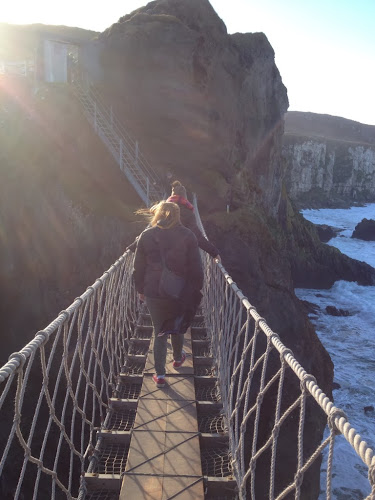 By the time we made it to the giants causeway it was already starting to get dark so we got some pretty awesome picture of sunsets and other Instagrammable things.

We headed back to Derry and the next morning we moved on to Belfast. Belfast is the biggest city and capital of North Ireland. You might say it has a colourful history. Might also say it has a violent and depressing history and you would also be correct. Belfast is where the tensions between Catholics and Protestants (and between Republicans and Monarchists) were highest throughout the conflicts in Ireland. I was expecting Belfast to show the scars of these tensions and conflicts and it. I did not expect the conflicts to be on going, however.

We'd been warned that there were parts of Belfast that were walled off and segregated to separate the Catholic minority but I didn't expect them to still be there. 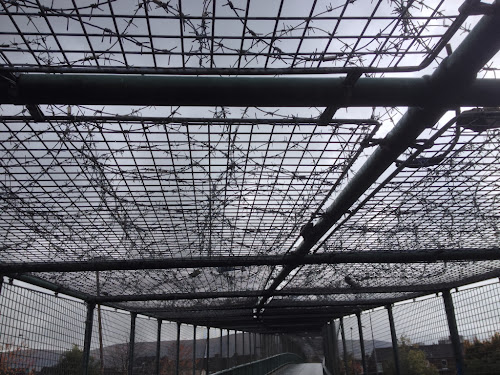 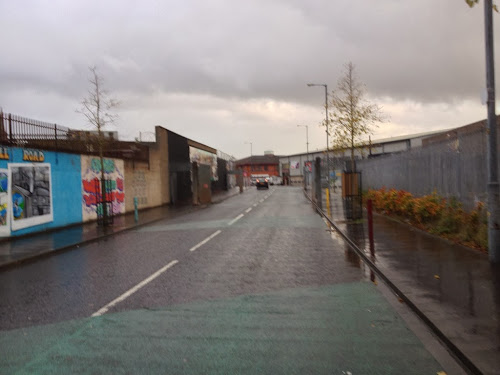 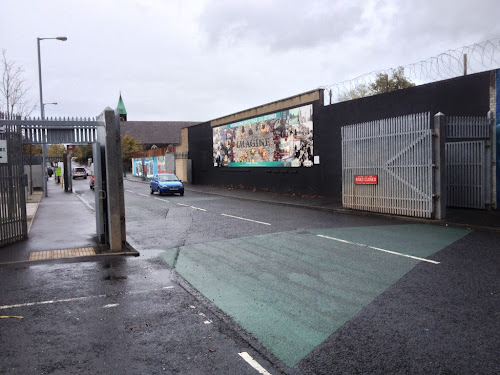 That is a real series of gates (complete with a no mans land) guarding the entrance to an entirely walled of section of the city that is still to this day closed off and locked up at night. The perimeter walls have enormous nets into the sky in palaces to stop things being thrown over them. There is an unspoken, indescribable yet palpably real sense of segregation as you walk through those gates and its astonishing to consider that this could till be the case in the centre of a modern city in this day and age. The walls and gates, I was told, are not to keep Catholics in but to keep Catholics safe. There were similar walls in Derry (although we didnt' see them) that worked in reverse to keep the Protestants safe but I was told they had been all but disassembled (the only thing they actively protected was the Protestant church in Derry). 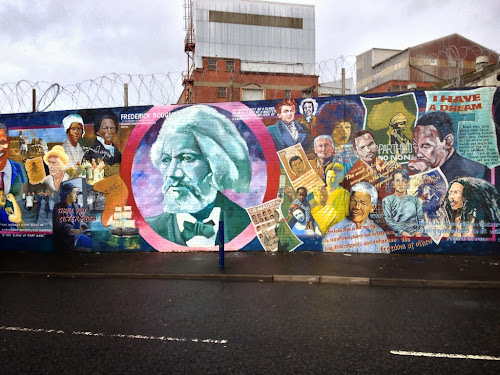 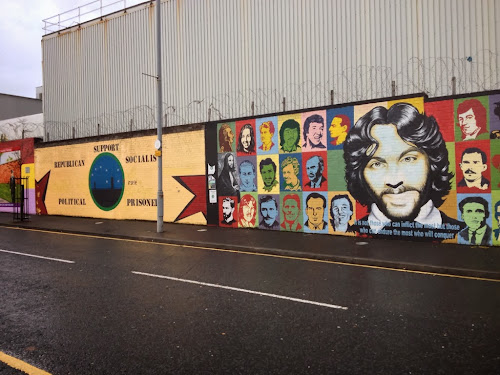 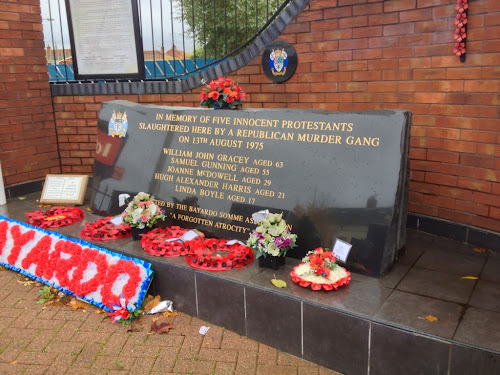 "Republican Murder Gang: We Have T-Shirts"

Yet the walls themselves were all completely painted in paintings and motifs which saved as monuments to peace and unity. That kind of summed up the tensions in Belfast for me. On the outside, everyone is hoping and striving for some peaceful closure and unity to bring back their community which has been completely torn apart by war and violence. I don't doubt their convictions for a moment which makes it sadder that precautions like literally walling off a minority group are seemingly necessary. 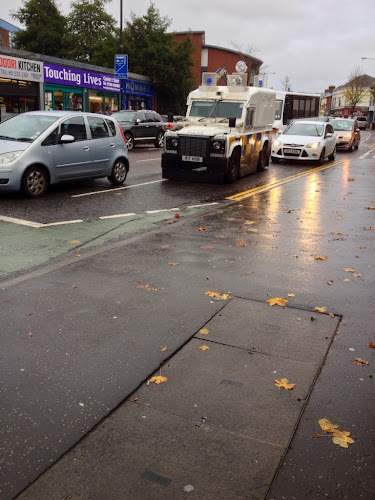 And a disconcerting number of riot vans

As for Belfast itself? It's ok, I guess. Nothing special and quite forgettable. We were there for an afternoon and a night before we both flew out our separate ways the next day and that was honestly enough. Belfast is a real middle-child of a city.

The next morning Courtney flew back to her school in England and I flew on to Edinburgh. In Edinburgh I met up with and stayed with a friend I met on Top Deck, Fraser, and his room mate. I actually shared a tent with Fraser for 34 days traveling around Europe so we became quite good friends and it was great to see him again.

Well, him and ol' Walter Scott

It wasn't a hugely eventful two days in Edinburgh but it was a pleasant one. It was a chance to catch my breath and hang out with a good friend. 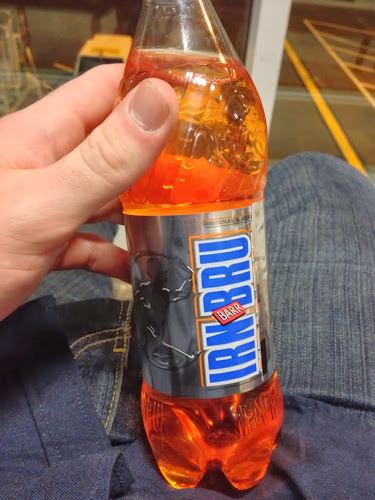 Drinking Irn-Bru. I couldn't get more Scottish unless I was born in Scotland, lived in Scotland or had Scottish ancestry.

From Edinburgh I flew down to Birmingham (flights in the UK are quite cheap) where I met up with Micque (Mick) who I knew from by previous job at Bankstown Sports Club. Mick quit shortly before I did and was living above a pub in Birmingham where he worked. Again, Mick is a good friend and it was good to see him again too. I only stayed with Mick a night because I wanted to see as much of the UK as I could in a short time and Mick and I already had plans to go to Estonia and Finland the week after.

Posted with Blogsy
Posted by Les Betchos at Monday, November 25, 2013