I've always wanted to go to Luxembourg. I'm not sure why, probably just the novelty more than anything. For anyone who doesn't know anything about Luxembourg and have always been to embarrassed to ask, I'll fill you in. Luxembourg is a small independent country located between France, Germany and Belgium. It is officially a Grand Duchy which means the head of state is the Duke of Luxembourg although there is also a representative legislative assembly. The population is about half a million at the GDP of Luxembourg is the highest in the EU. Luxembourg is, as is pretty standard for Europe, swimming in history's from the Middle Ages right through to World War Two. Also, the three official languages are French, German and Luxembourgish. 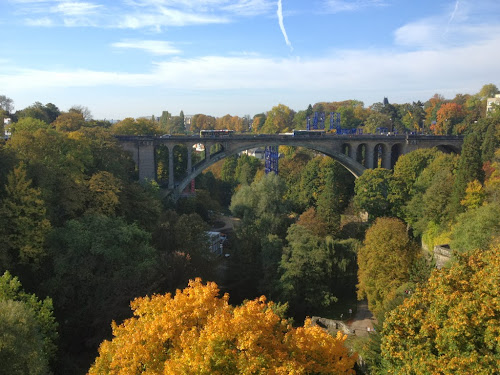 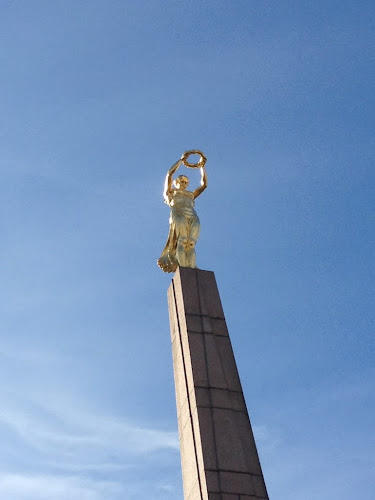 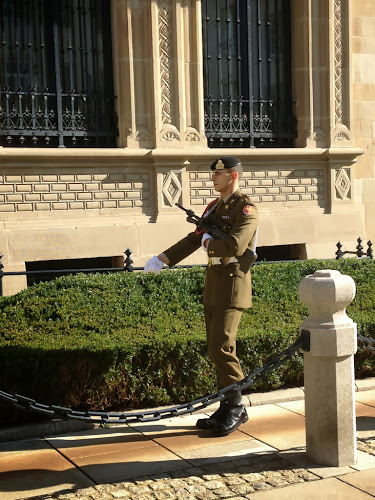 Roughly 40% of the Luxembourg army... Probably. 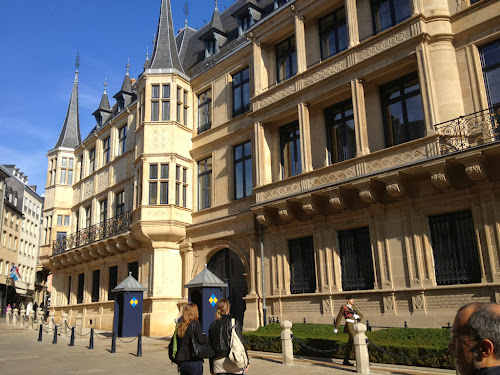 I left Gare du L'est in Paris early so I would have as long as possible in Luxembourg. The trip from Paris to Luxembourg City (the capital) took about two hours. I stored my bags in the luggage office at the station and went for a walk through Luxembourg City. It was really a case of aimless wandering more than anything. Luxembourg City is a beautiful city. The city is built on two sides of a deep, forested ravine with public parks and greenspace at the bottom. There are ancient stone bridges spanning the ravine which nicely complement the ancient stone buildings and castle that litter the area. The typically European cobble streets and narrow alleys between old stone buildings juxtapose with the ultra modern public buildings and expensive designer brand stores. Everyone is wearing a suit (Luxembourg is a huge banking/finance hub for the European Union. Kim Jong Il stored his $4 billion in "emergency funds" funds in a Luxembourg bank account). I saw the Duke's residence and wandered around a local market. After a few hours I had to wander back to the train to get to Cologne where I had booked accommodation for the night.

The train carried me across the border towards Cologne uneventful lay until we began to get close when the train stopped at a station, a message was delivered over the loudspeaker in German and everyone got off. I managed to eventually figure out that there was track work ahead and a bus would takes us a few kilometers up the road and we could join another train. It sounds like that was easy to figure out but it wasn't really. Also, it was raining. Anyway, I eventually got to Cologne Hauptbanhof and caught the tram to the hostel. 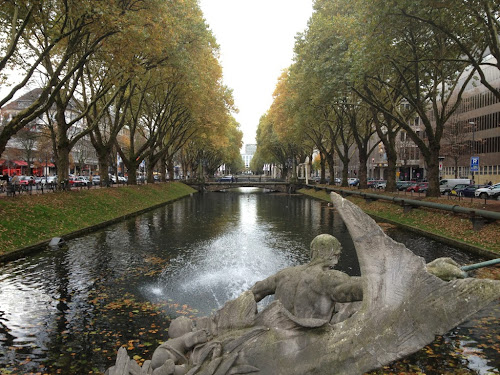 The next day I caught the train to Dusseldorf for the day. Dusseldorf is only twenty minutes away by the inter-city trains (which I could travel on for free with my eurail pass). I didn't realise at the time but there was some sort of big playoff soccer game involving Dusseldorf FC on at the same time I was there so I went for a walk around the centre of town then settled down in a pub and watched the Dusseldorf game and drank beer with some actual Dusseldorf locals (and a random guy rom Iceland). It was interesting and Dusseldorf won 2-0 which was a plus.

The next day I set out to explore Cologne as much as possible before I flew on to Stockholm that night. Cologne and Dusseldorf are both really, very stereotypically German cities. When you imagine what a German city looks like, Dusseldorf and Cologne both lookalike that and I enjoyed seeing them a lot. They are both, however, really more residential cities than anything else. They aren't really designed for tourists the way Berlin or Munich are. I could quite happily have lived there though. Actually, I could quite happily live anywhere in Germany. 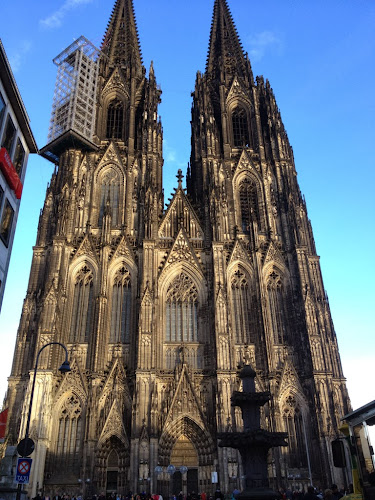 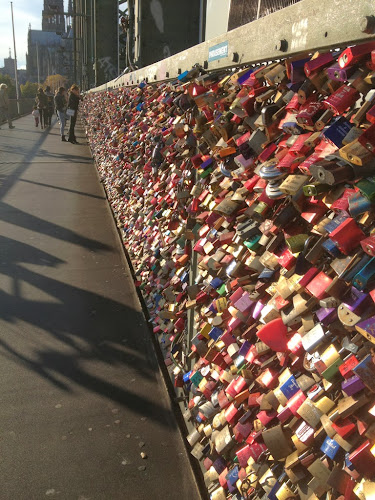 Bridge-theft is a major problem in some parts of Europe.

That night I was due to fly out to Stockholm so I packed my bags and caught the train into Dusseldorf international airport.

Posted with Blogsy
Posted by Les Betchos at Tuesday, November 12, 2013