On arriving back in Istanbul, I parted ways with the others on the intrepid tour. They mostly left to get to the airport to fly home while I walked up the hill to my hostel where I would be staying for the next few nights. Completely by accident, I accidentally left a six day gap between arriving back in Istanbul and flying out of Turkey but I'm very glad I did. There was still a lot for me to see in Turkey and especially around Istanbul.

In the next two days I explored Istanbul further. I made it to most of the major tourist attractions including the Hagia Sophia/ the Ayasofya, the basilica cistern, the many parks that litter the city of Istanbul and the Galata Tower.

The Hagia Sophia (which goes by many names) was built by Byzantine Emperor Justinian in 537AD and was the largest building in the world for almost a thousand years. It was built as a Christian cathedral originally and was converted into a mosque after the Ottoman Turk invasion in 1493. In 1931 it was converted into a museum after the secularisation of the Turkish Republic. 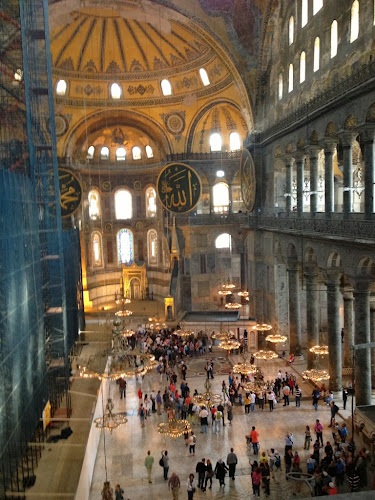 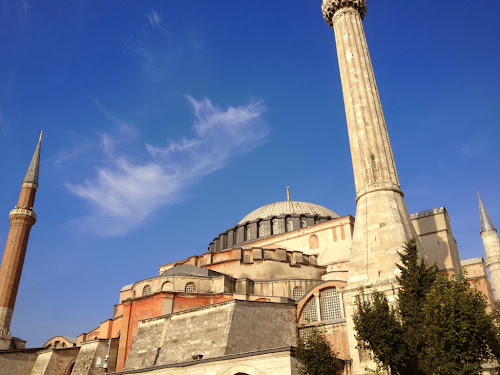 It is an incredibly impressive building, especially considering that it was constructed so long ago. The design itself is revolutionary architecturally speaking. The construction of a dome so large was considered impossible before it was built and a new system of construction and weight distribution had to be developed just to build it.

The basilica cistern was once the source of the drinking water for Istanbul and now serves mostly as a tourist attraction and an important site for anyone who has read Dan Brown's 'Inferno' (no spoilers). While there wasn't exactly much to see, it was very interesting wandering around the boardwalks in the dark through an enormous labyrinth of submerged marble pillars.

What I also enjoyed about basing myself in Istanbul for a few days was not having to get up and move early every morning. It was nice to be able to sleep in and relax for a change. I got to know some of the guests in the hostel and we all went out for dinner most nights. It was nice to be with people my own age after the intrepid tour.

I was not in Istanbul the entire six days, however. Istanbul is quite close (relatively speaking) to the Gallipoli peninsula which is deeply imbedded in the history and psyche of Australians and New Zealanders. For anyone not familiar with the story, in World War One, the combined Australian and New Zealand Army Corps (ANZACs) where sent to Gallipoli to secure the Dardanelles to support the Russian war effort and to knock Turkey out of the war. To say the mission was a complete disaster would be an understatement and the ANZACs were essentially used as cannon fodder by the British commanders. After nine months of horrific conditions and incredibly heavy losses, the ANZAC forces eventually retreated but the enduring ideas of perseverance, mateship and hard work helped to shape the ideas of the quintessential Australian to a fledgling nation and served as the first real involvements of the new Australian nation on the global stage. The ANZAC legend spawned the first real national consciousness in Australia and New Zealand and the date f the landing, 25 April 1915, is a known as ANZAC Day and is a national holiday. To be so close to Gallipoli with spare time and to not go would likely get my citizenship revoked (that's a joke, by the way) so I caught a bus the five hours to the town of Eceabat (edge-ee-ah-bat) and checked into the appropriately named Crowded House Hostel. The hostel ran tours through Gallipolli, ancient Troy and snorkeling in ANZAC Cove (the landing site of the Gallipolli campaign).

First thing the next morning was the snorkeling around the wreck of the HMS Milo in ANZAC Cove. There was only myself and another lady from Melbourne doing it (most people in Eceabat are Aussies or Kiwis) so we just climbed in the backseat of one of the hostel workers car and he drove us out. I'm the first to admit that despite virtually growing up in swimming pools and still being technically a licensed swimming instructor, I'm not hugely comfortable in deep water. Even so I did the snorkeling and enjoyed it although I did stick mostly to the surface. Having a waterproof camera definitely came in handy. 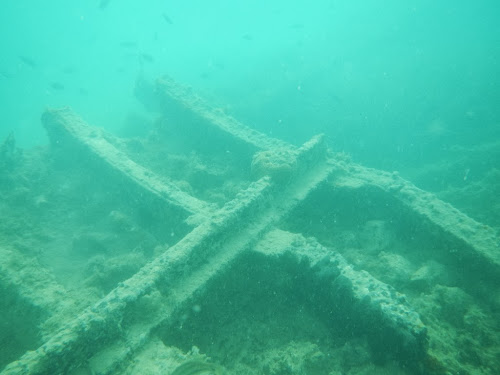 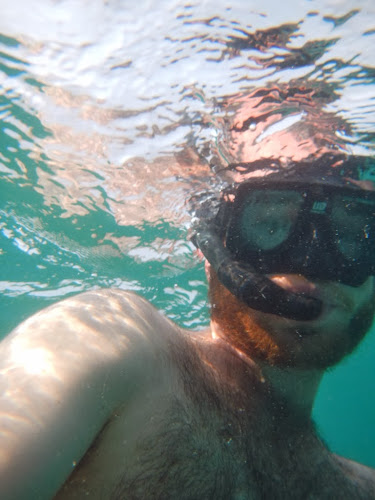 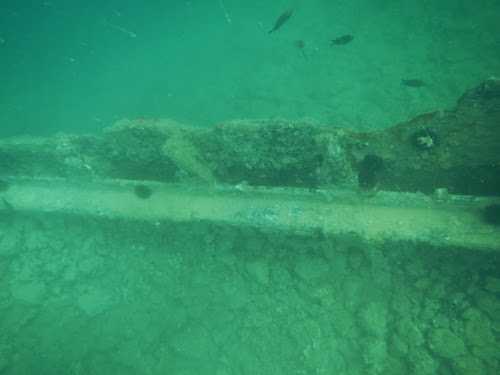 That afternoon was the actual Gallipoli tour. This bus had about twenty people on it (mostly Australians) and went round to all the notable sites and the guide did a good job of painting word pictures of what it was like in 1915. It was interesting finally being ale to put pictures and stories to the places I've heard about growing up like ANZAC Cove, Chunuk Bair and Lone Pine. There were also a number of cemeteries and memorials although most of the fallen lie in unmarked graves.

In a sign of how many Australians make the Gallipoli pilgrimage every year, every Turkish tour guide I heard had a thick Australian accent when they spoke in English. It was eye opening to hear about the battles and the horrific conditions the soldiers on both sides endured.

Mustapha Kemal Atatürk was the commander of the Turkish forces at Gallipoli. He was, by all accounts, an excellent general and later overthrew the Ottoman Sultan and established the Turkish Republic. The changes implemented by Atatürk (from democracy to secularisation of the state to public works projects and the implementation of surnames) mean Atatürk is still a national hero in Turkey. Reflecting on the Gallipoli campaign years alter as the president of Turkey, he wrote the following to the grieving wives and mothers of ANZAC soldiers. 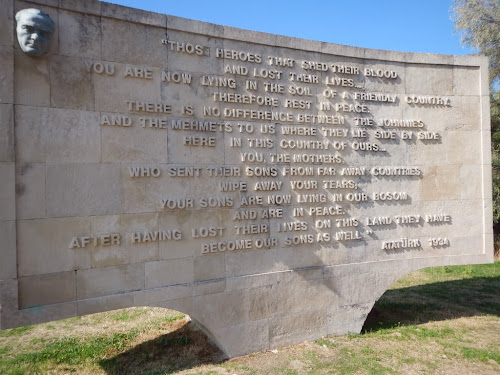 The next day I did the tour of Troy before I caught a bus back to Istanbul. The ancient cities of Troy (yes, cities. There were seven 'Troy's all built called Troy and all built in the same spot in history. The famous one is number six) are interesting and everyone knows the story of Homer's The Illiad and the Trojan Horse. I was a little disappointed with Troy, however. The excavated site is actually quite small (less than 10% has been excavated) and what has been excavated is really quite difficult to discern. The history is there but it is difficult to make out and the tour was a little dull if I'm being completely honest. 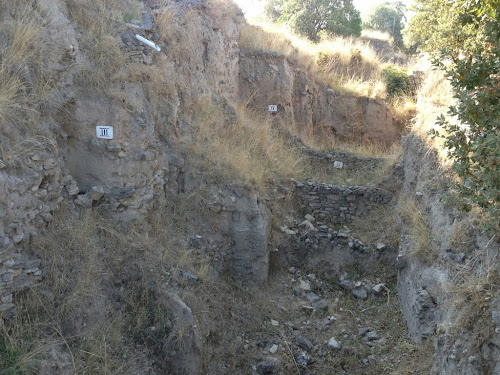 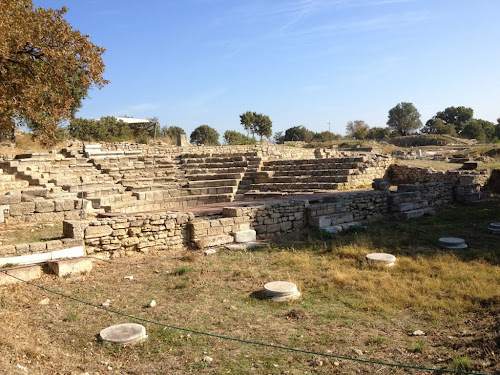 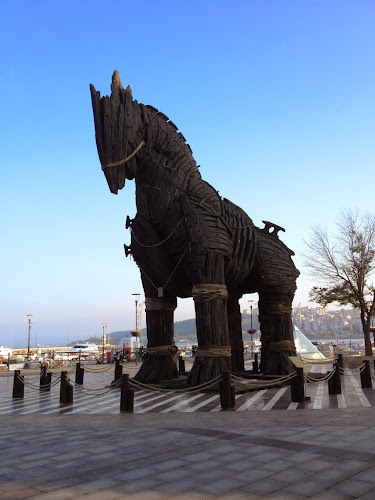 My flight out of Istanbul was booked for October 16 but there was one other the thing worth noting about my time in Turkey. October 15 was the Turkish holiday of Kurban Bayram ("Kurban" meaning "sacrifice" and "Bayram" meaning "holiday" or "feast"). It honours the sacrafice of Abraham in the the Qur'an/Torah/Old testament of the Bible and the closest parallel I could draw is it is like thanksgiving celebrated on a much larger scale. Literally, nearly the entire country shuts down over the four days of Bayram. Families all congregate together and sacrifice an animal which they then eat and share amongst their friends as a gesture of love and friendship. The Turkish people are already a generous and hospitable people. On top of this, the Muslim religion encourages people to care for the poor and travelers (of which I am both) but during Bayram the generosity of the people is beyond belief. I could scarcely walk down the street without being offered food and if I told anyone I was backpacking I would be practically force fed by locals.

Sunrise over the Dardanelles

Anyway, I really enjoyed my time in Turkey. I was in the country for three weeks all up which is much longer than I had originally planned but no where near long enough.

Posted with Blogsy
Posted by Les Betchos at Saturday, November 02, 2013