With A Heavy Versailles

After Turkey, I didn't really know or care where I went next. I had booked a flight from Norway to Dublin on October 26th which gave me 10 days to work my way from Istanbul to Oslo. For anyone who hasn't heard of the smartphone application (I think it's also a website) Skyscanner, basically it is a program that will search through the websites of every airline to find the cheapest possible flight between your starting point and your destination. It's pretty incredible and for the amount of people I've told about it who now subsequently use it as well, Skyscanner should really put me on their payroll. Anyway, I put Istanbul as my starting point and didn't include a destination so the cheapest flights to anywhere would appear. Doing this, I booked a flight to Bucharest in Romania and then a connecting flight to Milan.

Shortly before I left Istanbul, however, I found an old list saved on my phone of places that I had wanted to go when I first started my trip. There were only four I hadn't done yet. Sweden, Ireland, Luxembourg and Mostar in Bosnia (look it up if you don't know it. It's the one with the big bridge). I already had plans to fly from Norway to Ireland and Mostar was unfortunately far too difficult and expensive to get to in a short time. I decided to include Sweden and Luxembourg in my plans. I mapped out a route from Milan to Luxembourg but the schedules just didn't match up. To remedy this, I booked another cheap connecting flight from Milan to Paris. I also made plans to then travel through Luxembourg to Germany then on to Stockholm. 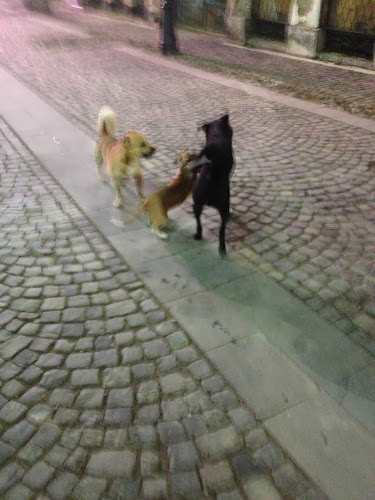 Bucharest: The stray dog capital of the world. Not a joke.

I overnighted in Bucharest after I left Istanbul. Romania was highly recommended to me by travelers who have been there with the curious addendum of "everywhere else in Romania is nice, but don't go to Bucharest. It's rubbish". Obviously I went to Bucharest and although I was only there 24 hours, I really enjoyed it. It was surprisingly clean and organised and I didn't feel unsafe at all. Also, everything was super stupid laughably incredibly cheap. That was nice.

The Swiss alps are okay, I guess...

The next day I flew onto Milan and then to Paris. I hadn't really enjoyed Paris when I was the the first time more than three months ago or on my overnight stop on the route from Spain to Holland. My third visit to Paris, however, I really, really enjoyed. (Fun fact: I've entered and exited France seven times on this trip). My impression of Paris was of a hot, expensive, overcrowded big city. I think some cities really have to be seen in a certain light. Rome, for example, would be unimaginable to me in cold weather. Similarly, Prague by day is a fairly average city but Prague by night is truly a fairly tale city. Paris needs to be seen at night and when it's cold which are two ways I didn't see it on my first visits. This time I really appreciated why Paris is considered such a beautiful city. I'm not saying its my most favourite city of all time now or anything, but it definitely changed my impression of it. I was originally going to stay one night and move on but after going for a long walk around Paris along the Seine and the Champs Élysées to the Arc du Triomphe I decided to stay for another night. 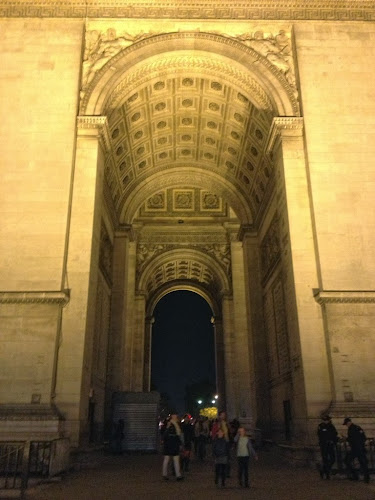 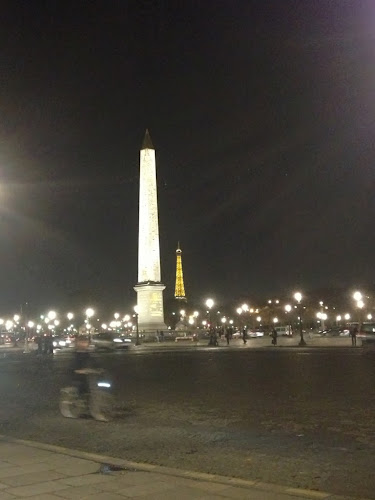 There is a Stalingrad station in the Paris metro. I found it way funnier that I probably should have.

Oh also, I bought a weeks train/bus pass with three days still left on it from a girl at the Charles de Gaulle Airport train station for €10. Public transport in Paris is stupid expensive and I probably racked up €30 of travel at least.

The next day I caught the train (free) out to Versailles palace. For a home who needs it, here is a brief history of the Louis's of France before 1789. Louis XIV was a good king who turned France into a powerful empire and was well liked. Louis XV was also a decent king but also a delusional, narcissistic man who referred to himself in the third person as "the sun king". He decided that the original royal palace in Paris wasn't big enough and built a ridiculously ornate place outside of Paris called Versailles which became the French capital. (Side note: the positively tiny former palace was turned into a museum called the Louvre. You may have heard of it). (Second sidenote: building Versaille literally almost bankrupt the entire French Empire). Louis XVI was wildly unpopular and got his head cut off.

After seeing Schönnbrunn Palace in Vienna I felt I was adequately prepared for any display of ostentatiousness that Versailles could muster. I thought that surely nothing could match the scale and grandeur of Schönbrunn. I was wrong. Versailles is, quite frankly, ridiculous. I really can't even begin to describe it in words. Come to think of it, pictures don't do it justice either. The roofs around the main courtyard are lined with real gold. The small summer house in the grounds is almost as big as Schönnbrunn. It's just... Wow.

I'll include pictures here but everything you see, just pretend its ten times bigger, ten times more impressive and probably fifty times more expensive than it looks. It goes so far beyond opulence I can't comprehend it. 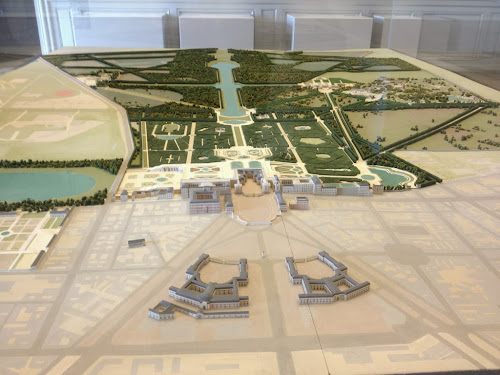 Scale map of the Versailles grounds 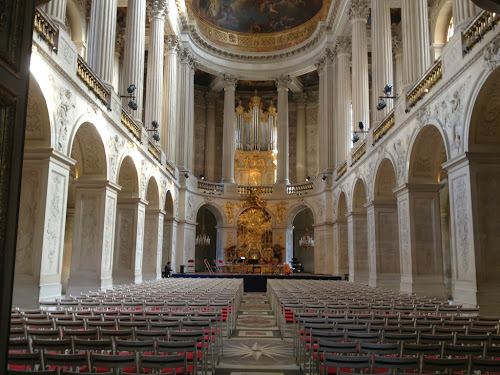 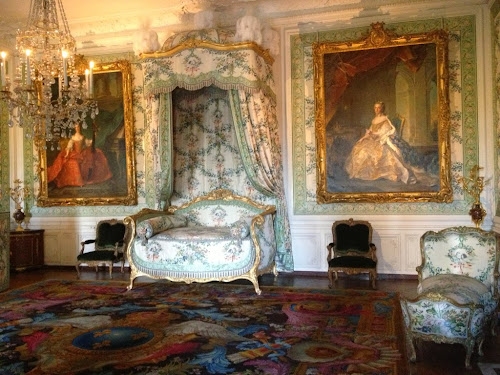 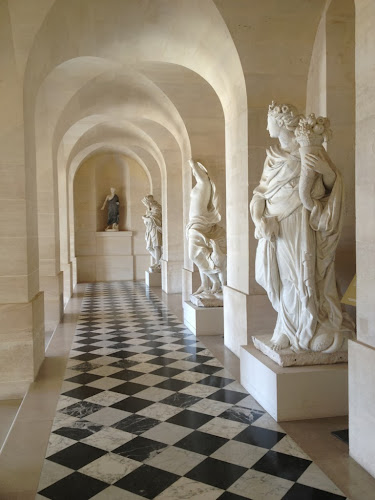 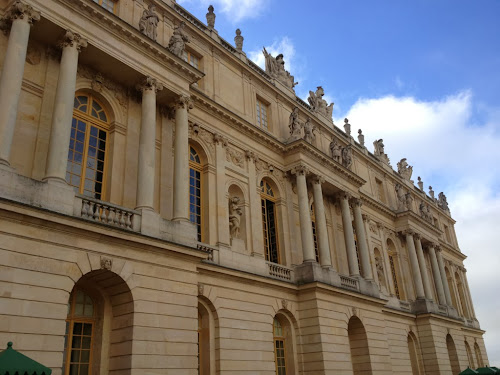 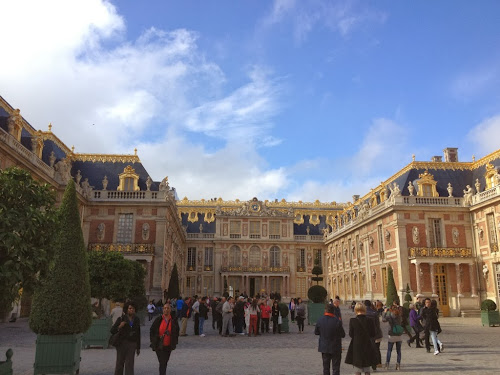 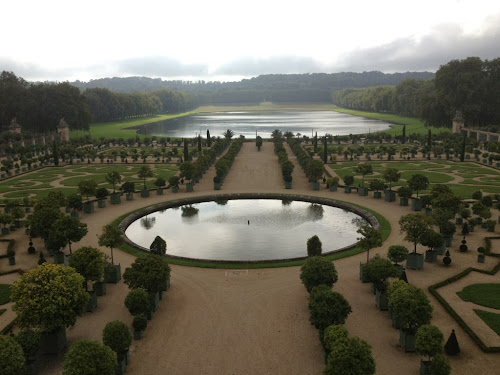 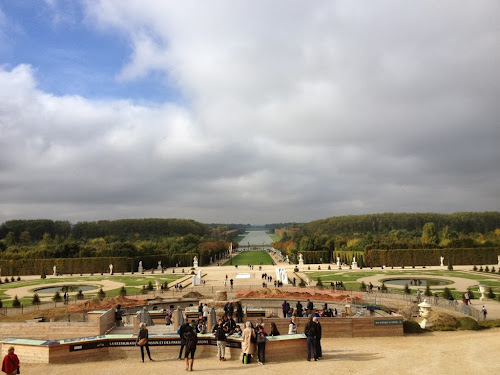 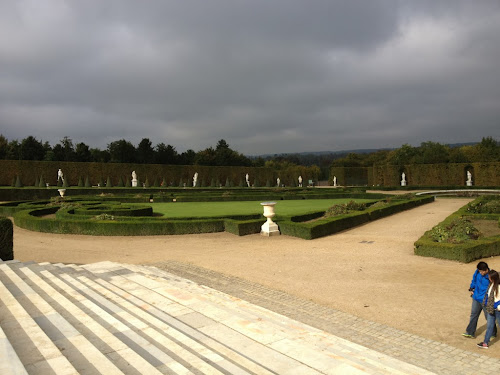 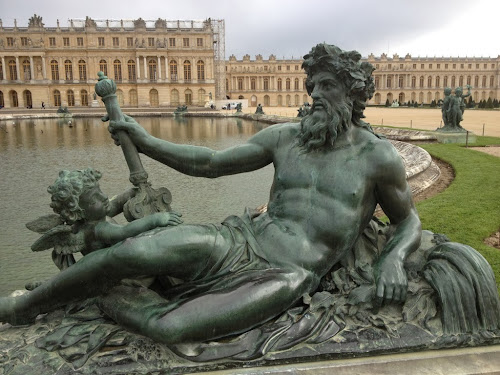 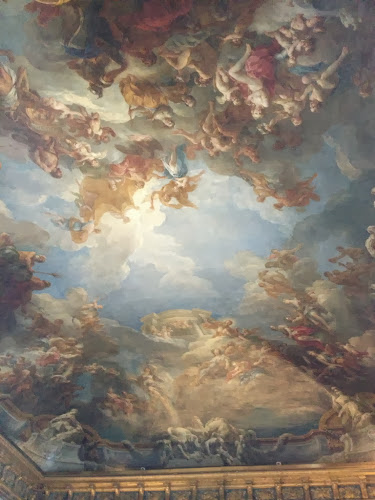 I'm going to paint my bedroom roof like this. 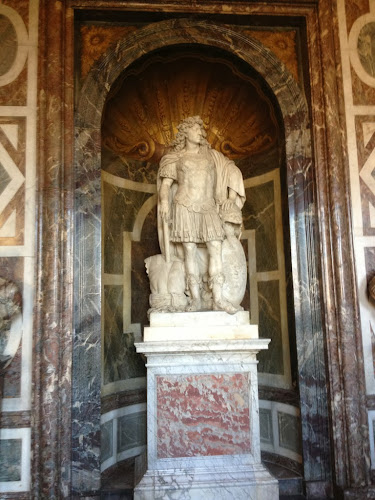 Anyway, that was my time in Paris. I caught the train to Luxembourg the next day but I'll save that for the next post.

Posted with Blogsy
Posted by Les Betchos at Tuesday, November 05, 2013