As far as flights go, my departure from the UK was one of the least eventful. My hostel in Hammersmith was on the Piccadilly line which goes directly to Heathrow, I left plenty of time before my flight, all my paperwork was pre-printed and prepared and I didn't even get arrested once. I was flying Icelandair to New York with a brief stopover in Reykjavik, Iceland. I had the option to stopover for longer when I booked the ticket and I strongly regret not taking it up then. At the time, I understandably was concerned about how freakin' cold Iceland would be (and was) at that time of year. Unfortunately, I didn't anticipate that I would have just spent the majority of the last month in Scandinavia so Iceland probably wouldn't have been so bad. 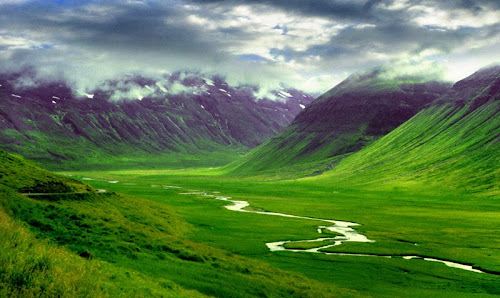 You know Iceland, it's the green one. Greenland is the icy one.

I know that I've said I wanted to go back to pretty much every country I've been to (and some I haven't) but Iceland is the country I'm most looking forward to exploring on my next trip to Europe.

My only photo of Iceland

I flew on to New York and landed at JFK only five hours after leaving, despite spending almost twelve hours traveling. Flying west is a lot easier on the body clock than flying east.

I was dreading passing through US customs because I remember doing it many years ago in Hawaii and it was quite an ordeal then. Indeed, the reputation is that American immigration is quite tough but, probably in response to this reputation, the immigration process seems to have been streamlined and softened incredibly. I passed through immigration at JFK (and indeed every American border crossing since) with a minimum of fuss.

Once I was on American soil, I found a bus heading towards the Port Authority (bus terminal) in Manhattan. I was only passing through New York for a few hours this time, but I would be back for longer before this trip was over. From Port Authority I had bought a ticket on a greyhound bus to Toronto. I lived in Toronto for a year with my family in 2006 so I was keen to go back.

I was on the greyhound bus overnight and at around 5am we crossed the border into Canada. This involved everyone getting off the bus, collecting their bags and passing through Canadian immigration on foot before getting back on the bus on the other side of the border. Even after 6 months in Europe, I still struggle to wrap my head around the idea that you can get on a bus and drive (or walk) into a completely different country. A side effect from living on an island, I suppose.

In Toronto I was staying with close family friends from our time living there many years before. The Smiths (Kim, Sean, Laura and Megan) kindly offered to let me stay with them for the week I had decided to stay in Toronto for which I am very grateful. I am the first to admit that it was a fairly uneventful week for me. This was the first time in almost 6 months when I could literally just stop and relax in a comfortable bed with nothing to do and no where to go and I basically just crashed. For my first five days I did practically nothing but sleep and Netflix. As boring and wasteful as that might sound, it was exactly what I needed. It was exactly what I needed to recover and prepare for the next hectic two months of my trip.

I did make one decent outing, however, which was to see a friend I made in Europe who lived outside of Toronto. I met Alexa in a number of places around Europe and we consequently became good friends. Originally the plan had been to meet up in Toronto but when that plan fell through, she invited me to visit her place in Wasaga Beach (it's on a lake, hence the 'beach part'). There was actually a decent covering of snow around which I enjoyed no end. 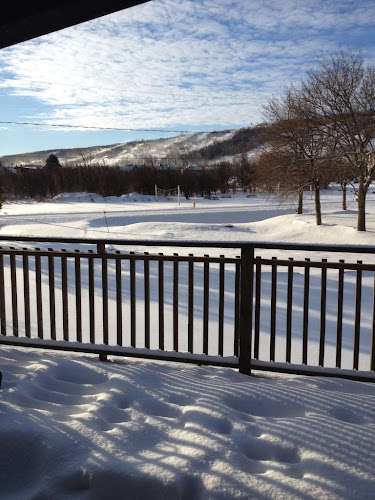 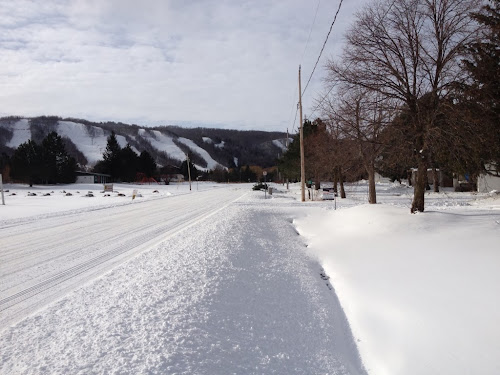 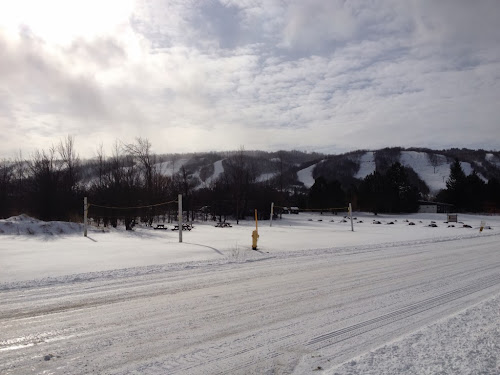 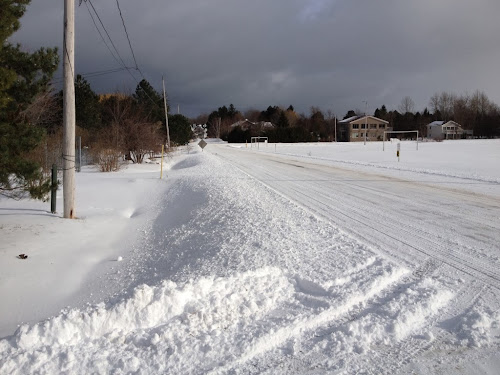 It was good seeing Alexa again and going to a house party with her friends actually evoked the only, tiny bit of homesickness I've felt on this trip by reminding me of my own friends back home and their wacky shenanigans. Thanks also to Alexa's family for letting me stay.

On the Friday morning I said goodbye to the Smiths and Kim dropped me off at Toronto Island Airport where I had a flight to Chicago. My aunt, uncle and cousins are living in Chicago and had half offered/half insisted that I come visit which I was more than happy to do.

Posted with Blogsy
Posted by Les Betchos at Tuesday, December 24, 2013