I'm proud to say our time in Canada started on a cultural high. The first thing we did after arriving in Vancouver and clearing Canadian customs was to go straight to the nearest Tim Horton's for breakfast. From there we travelled towards the hostel where we were staying for the next week. I'll admit, after the disaster our last 'hostel' had been, I was hoping we wouldn't be disappointed again. Fortunately, we were not. It was quite a typical old hostel. It wasn't fancy but it was homely and it was dirt cheap. The four of us even had a room to ourselves. While staying in the hostel, we also met Brooke and Audrey from LA but they'll come up again later.

Vancouver itself is pretty nice city. It was clean, organised and the people were friendly. Basically, it was like the rest of Canada but not as cold which I think surprised the other guys a bit. It barely got to zero degrees in the time we were there and yet it was -16 in Toronto at the same time. We definitely took it a lot easier than we did in New York or we did later on in the rest of the trip which wasn't necessarily a bad thing. One day we rented bicycles and went riding around Stanley Park (an enormous parkland on a peninsular jutting into Vancouver Bay. Other days we spent simply wandering around the city. As I said, Vancouver is a pretty city, even though it was grey and overcast the entire time we were there. Cloudy skies are a small trade-off for sane weather temperatures. 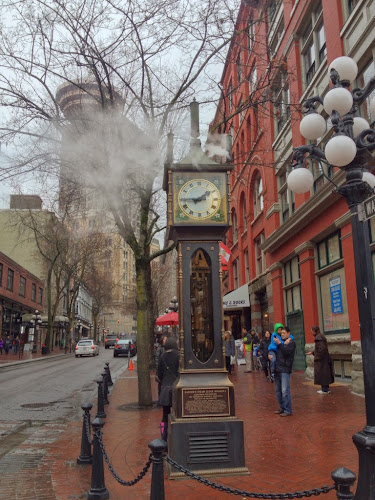 The high point of our time in Canada was, without a doubt, our overnight trip to Whistler. The plan had always been to ski/snowboard while we were here but we planned on going to the cheaper mountains closer to Vancouver. Somehow, however, we managed to all come to an agreement that we would go to Vancouver for two days (one night) to enjoy what most non-Austrians would call the best ski fields in the world.

We left one morning at 5am so we would have time to get to the airport, rent a car and drive the three hours to Whistler and have a whole day of skiing (technically the others all snowboarded but I'm going to keep saying 'ski' anyway). Surprisingly, it was considerably cheaper to rent a car between us for two days than to catch the bus there and back. 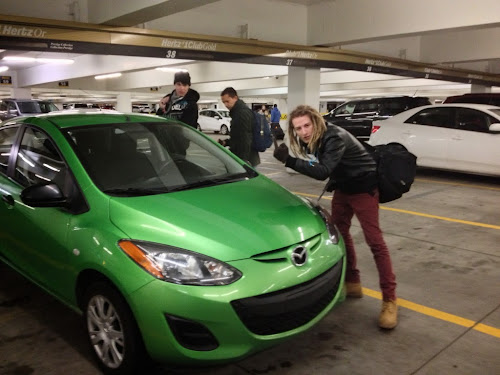 The drive to Whistler and the mountains themselves was some of the most picturesque scenery i've ever seen. Absolutely incredible. The mountains afford a fantastic view out over the slopes and valleys and distant mountain ranges and you really feel like you must be standing on the top of the world. 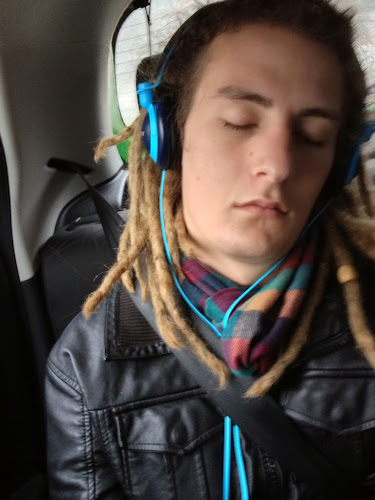 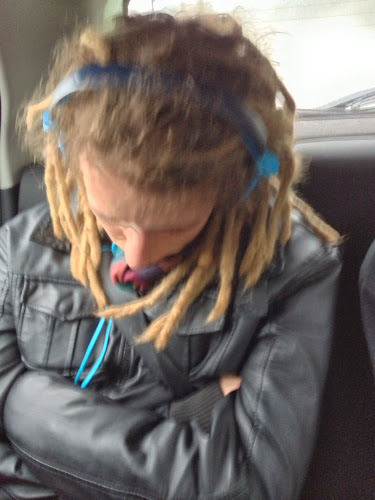 "Wow! Look at all those breathtaking views" - Not him

The few pictures I was able to snap from my phone on the chairlift really don't do it justice at all.

As for the actual skiing, I had skied a few times before so was ready to go from the moment we got there and hired our gear. Of the other three, Nick had never seen snow, Kieren had been to the snow once and Pearson could ski okay but all three decided to snowboard. Because we were so inexperienced as a group, we started on the easy slopes of Blackcomb Mountain which is adjacent to Whistler Mountain. After many trips up and down the small slopes we decided to have a crack at the rest of the mountain. By this point I was feeling thoroughly slowed down by the others but I stuck with them anyway, letting them get ahead then passing them and waiting for them a few hundred metres down the trail and repeating. To their credit, by the end of that first day everyone had improved. I was moving with a lot more control than I ever had in the past and only fell once, Nick had picked it up surprisingly well and very quickly, Kieren didn't fall over THAT much and Pearson...tried his best, thats all we can ask for. We finished up, packed the gear back in our car and had dinner in Whistler before going home and falling into bed in exhaustion. 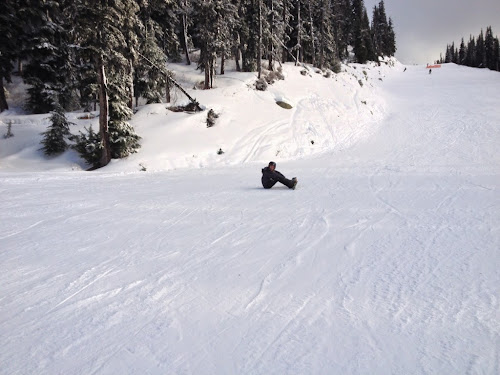 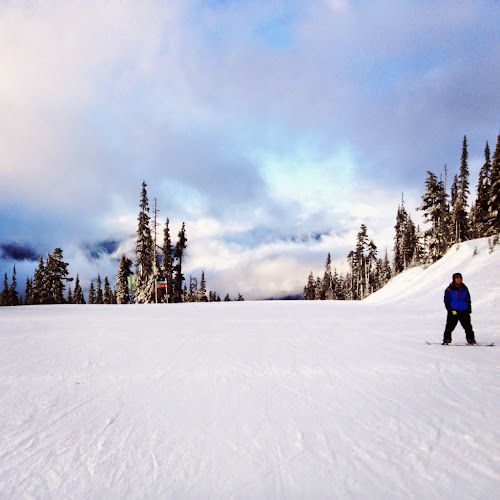 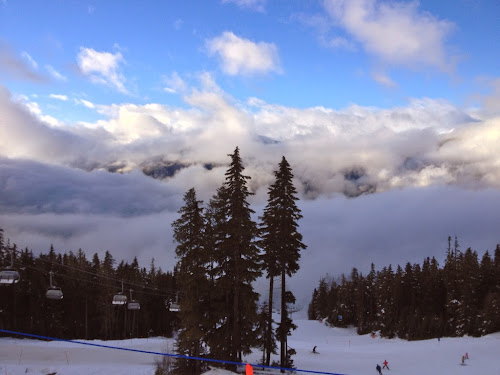 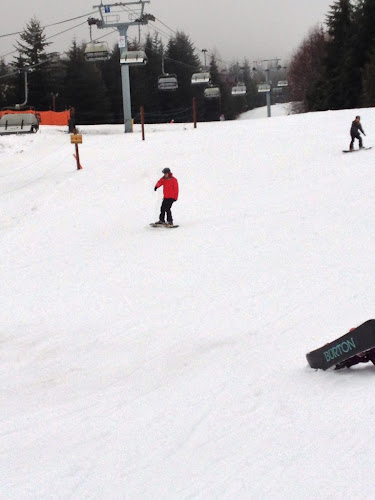 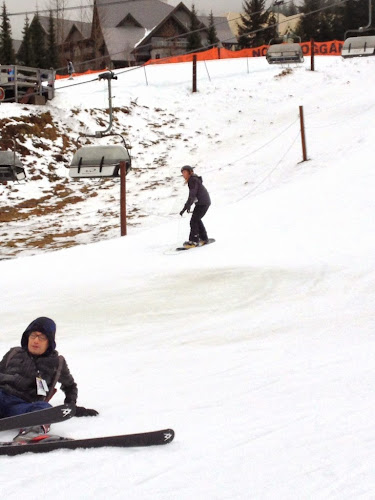 The next morning we got back up, complained about our various bruises and headed back onto the slopes. Of all the skiing I've ever done, that day was by far the best. We went onto Whistler proper and spent the entire day going up and down the mountain. My self and Nick were at a similar level so we stuck together for most of the day, as did Kieren and Pearson. We skied all day (with a pizza lunch break) and, for the first time ever, I got to the end of the day and I wasn't ready to stop skiing. Normally, no matter how much I may have enjoyed skiing, by the end of the day I am ready to stop and yet this time was different. 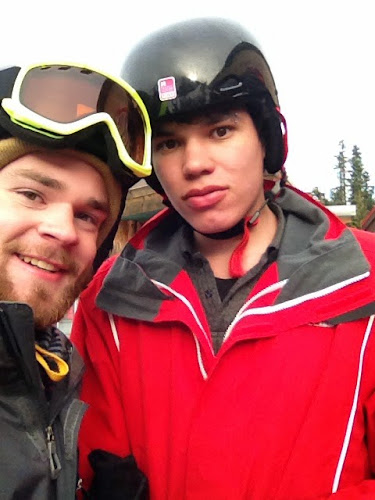 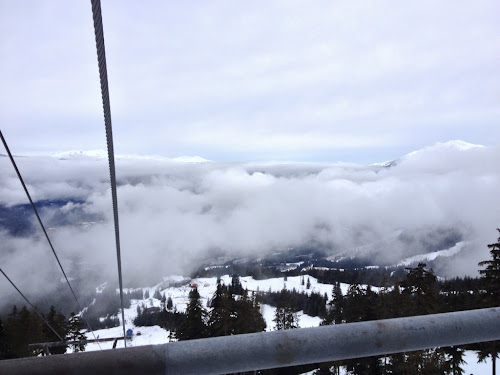 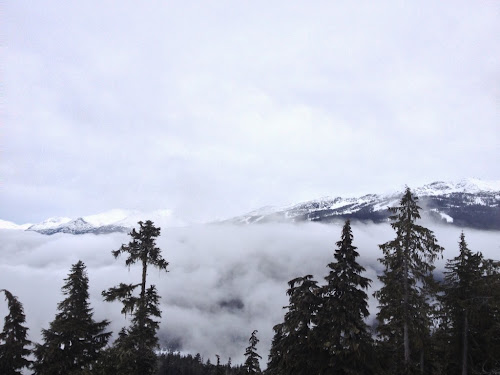 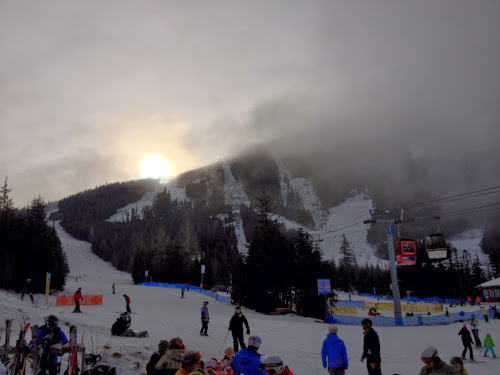 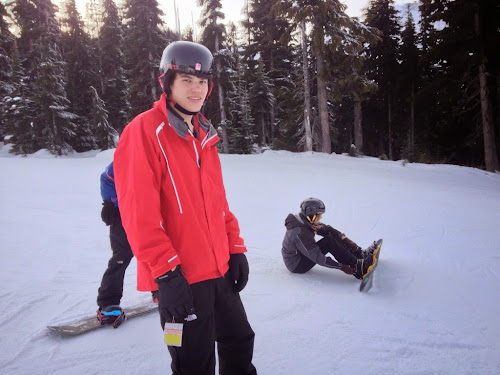 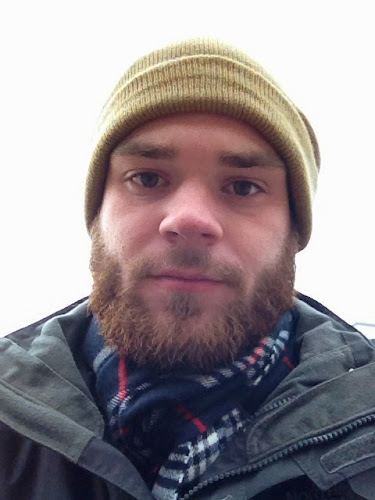 'Snow better opportunity for a selfie than this 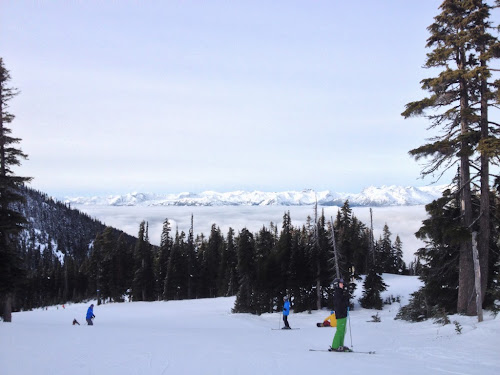 We returned our gear and piled back into our rental car and hurried back to Vancouver where we had tickets booked to an ice hockey game (or as they call it in Canada, a “hockey game”). 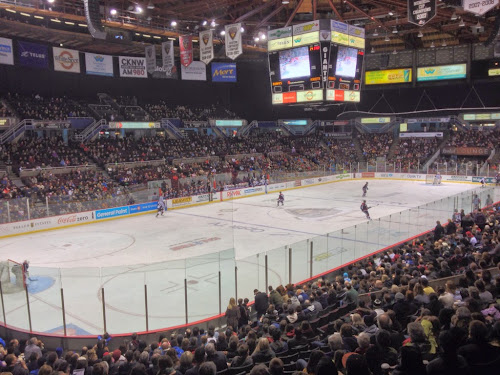 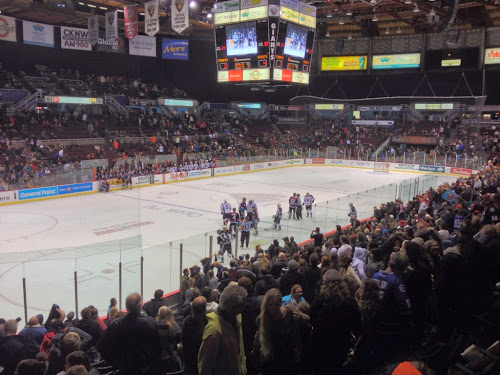 The other three had never seen ice hockey played live and we all enjoyed it. It really is a fantastic game, combing speed, strength, technical skill and fighting ability. The home team narrowly lost but we still had fun. On the way home we had Tim Hortons, just to round out our fully Canadian day. 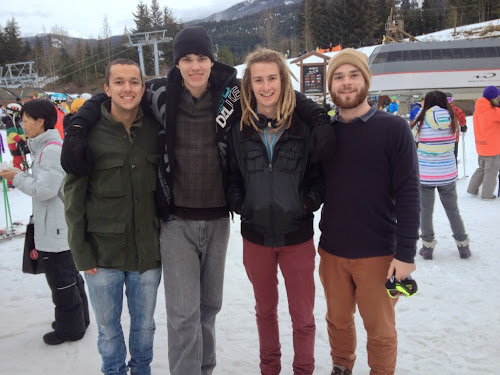 Posted with Blogsy
Posted by Les Betchos at Sunday, March 16, 2014