The mysterious subcontinent. An exciting and foreign land of strange customs and shocking extremes; where the air is thick with the heady scents of exotic spices, blaring horns and the gut-wrenching cries of beggars and orphans. A place of extreme, crushing poverty juxtaposed against the dizzying wealth it surrounds and where a human life is as cheap as the mouthwatering delicacies served for a matter of cents on the side of every gridlocked highway and narrow, over-crowded lane. A cultural landscape attempting to combine the ancient and the modern, filled with millions of hot, sweaty bodies crammed together in the sticky humidity, echoing the national sentiment of "there's always room for one more!".

Well, that's what I'd heard, anyway.

There is a lot of truth to all of that. India is hot and humid and crowded. It is home to the extremely wealthy and the extremely poor and it is seemingly locked in a gargantuan struggle between adherence to ancient customs and the inexorable imposition of global modernism. I would be lying, however, if I said the transition into this hectic, foreign country was as abrupt or shocking as I expected. Maybe I've simply not seen enough or perhaps it was simply overhyped but I feel I've slipped into life here with a relative ease which I didn't expect. Relative, of course being the operative word. This is by far the most totally different place I've ever been to. It would be unfair and untrue to call it backward, but suffice to say that everything here is the reverse of everything I know back home. It would be difficult to imagine a place more exotic and unusual, and yet, at the same time it is strangely familiar.

The people are incredibly friendly, at no point have I felt at all unsafe or uncomfortable and there is a definite feel of a lingering, ancestral, colonial link to home. If I had to compare it to anywhere, however, it would be Bangkok, or maybe Saigon. Again, I can only talk about what I've seen and what I've seen thus far is limited but it hasn't been too confronting... yet. I'm sure that will change, but so far the culture shock hasn't been uncomfortably shocking. Plus, any shock can be overcome by the incredible food on offer. I don't think I've stopped eating since I've been here and I haven't had anything that wasn't incredible. And for anyone interested (which I will vaingloriously assume is everyone), I have not experienced any gastronomic discomfort (touch wood), despite my perpetual smorgasbord of street food, eaten exclusively with my hands. 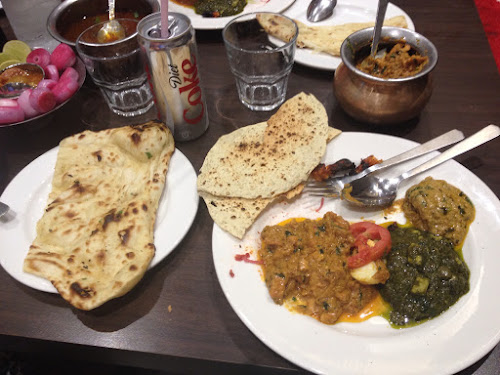 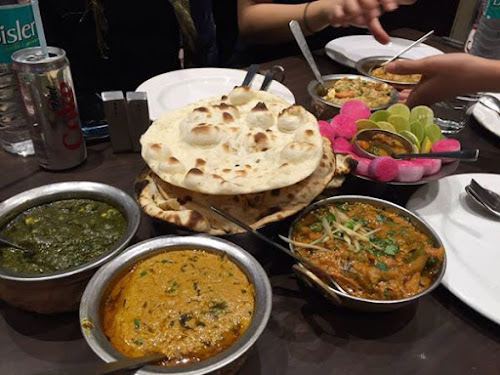 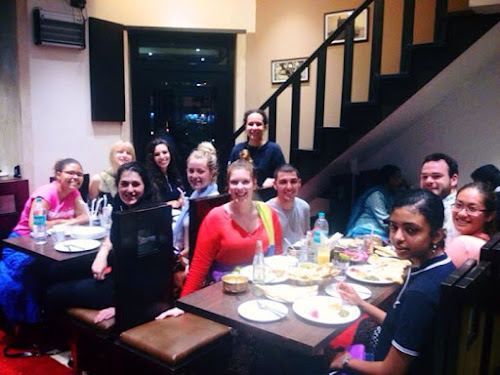 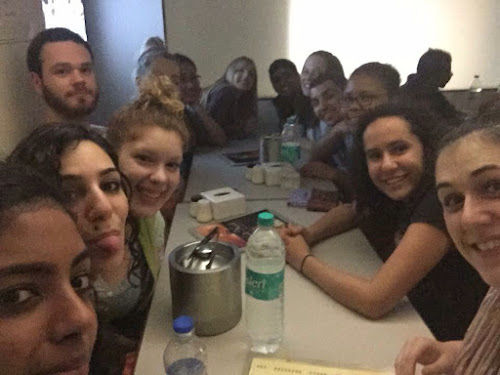 The reason I've come to Mumbai (or Bombay, as the locals still call it) is on an immersion experience, run through the University of Western Sydney, in conjunction with the Federal government Colombo Plan, aimed at opening links between Australia and Asia. Whilst I have been (and probably will be in future) pretty quick to criticise of a lot of things done by both UWS and the Federal government, this one is an absolutely fantastic program and I'm extremely grateful. Top work guys! Good hustle! For the program, myself and 15 other students are working as 'interns' at NGO's (Non-Government Organisations - essentially charity organisations) for one month. Myself, and my partner Madison, have been assigned to the Centre for the Advancement of Philanthropy (www.capindia.in). Unlike the other charities which educate children, feed the homeless and perform other tangible services, CAP focuses primarily on helping to establish and operate an NGO. In other words, they will help you set up and run your charity which is a valuable service, overlooked primarily by the fact it deals with a little more paperwork and a little less adorable orphans than most charities. Even still, we met with the staff and management today and they all seem like fantastic people, eager to play their part to make the world a better place.

We are staying in a hotel in central Mumbai (in a region I struggle to pronounce) and have no complaints so far. It's monsoon season here, which means its raining pretty much constantly. And when I say raining, I mean pouring torrentially all day.

Also, being a white person makes you something of a novelty and people ask to get photos with you. They seem a bit confused when you ask for pictures with them, however. 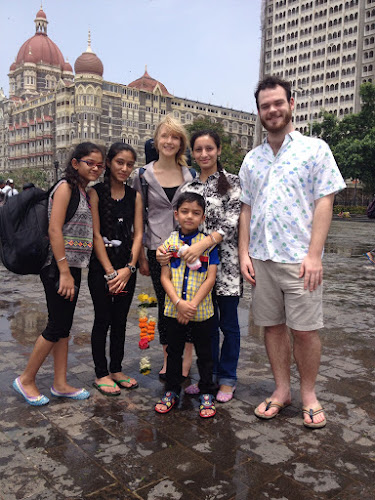 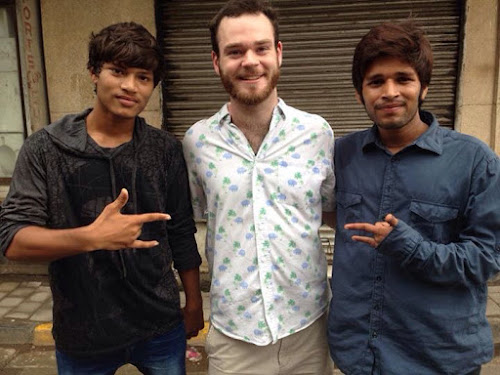 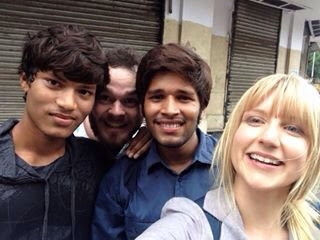 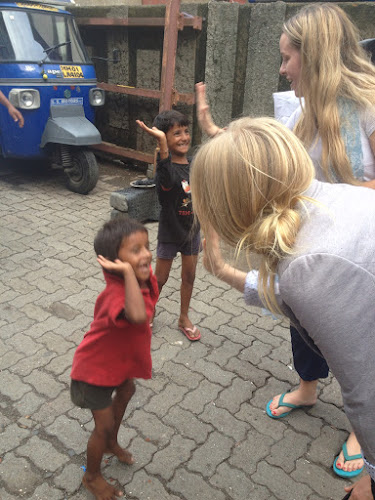 Day two saw Madison and I involved in a meeting with a representative from another NGO at CAP and an afternoon of wandering around Kalabar with a few of the other girls who were told not to bothering going to work today, due to the rain. We made friends with Amar, an Indian man who spent the afternoon showing us around the markets and practicing his English with us. Somehow we ended up in a shop that sold traditional Indian clothes. 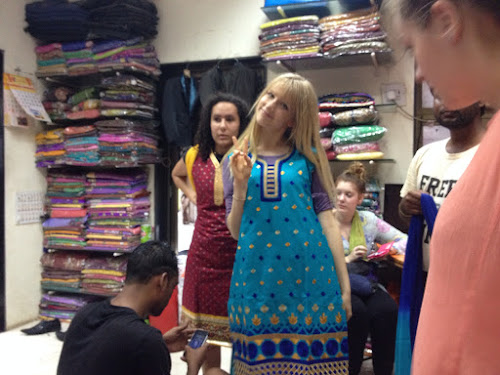 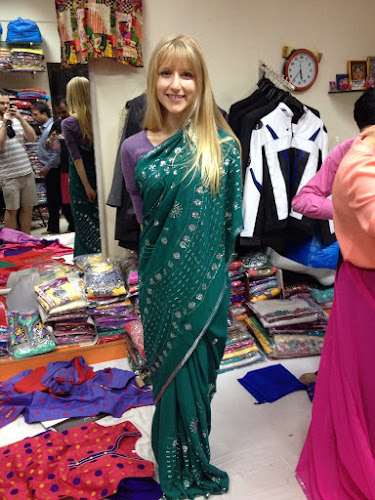 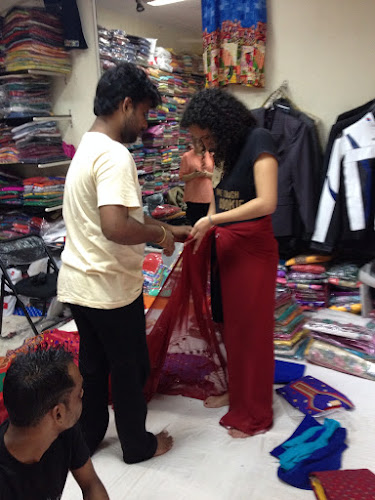 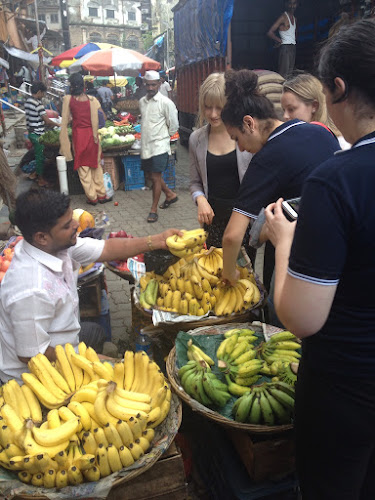 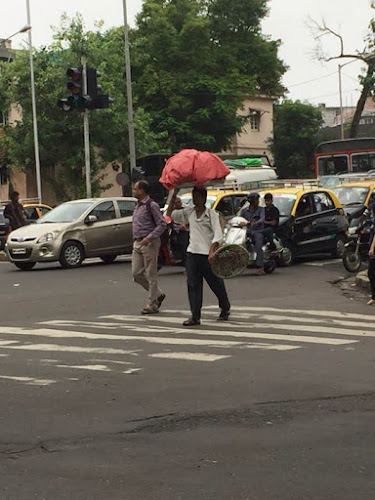 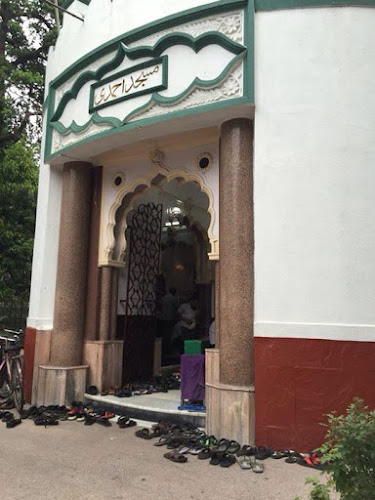 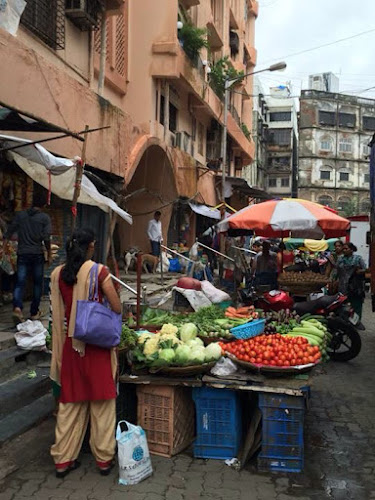 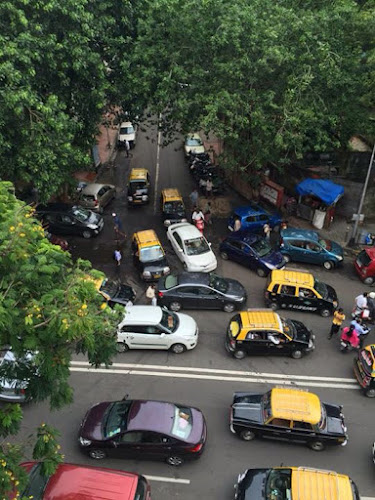 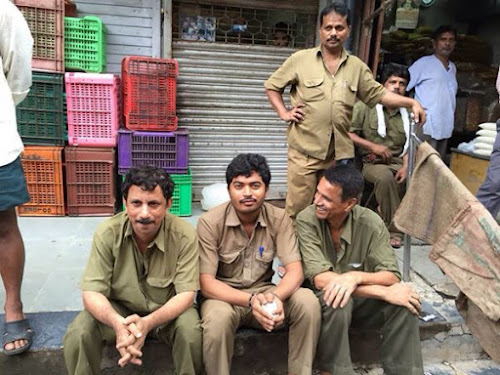 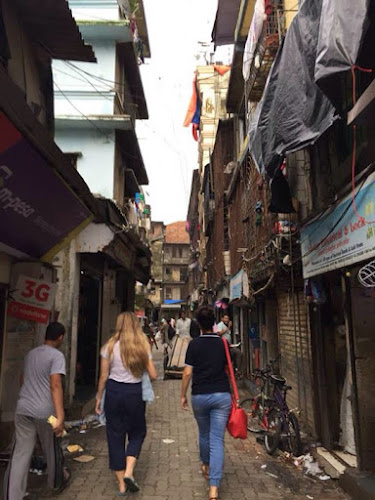 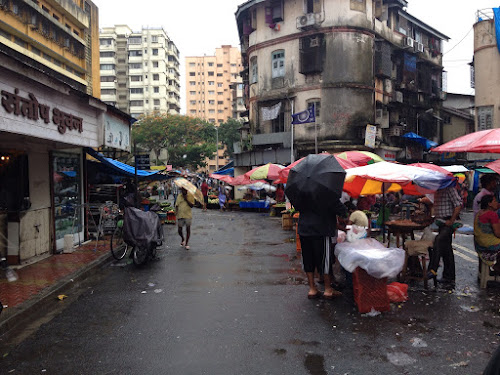 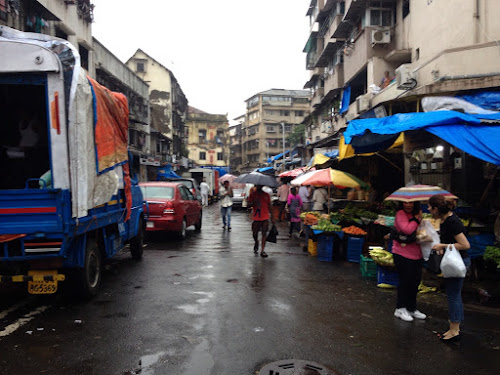 Other purchases of the day included umbrellas, totally legit $4 Rayban's and 96L of bottled water. 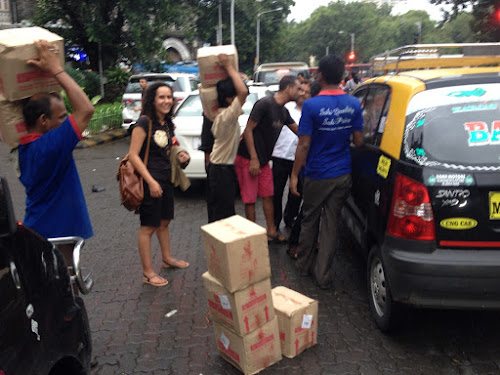 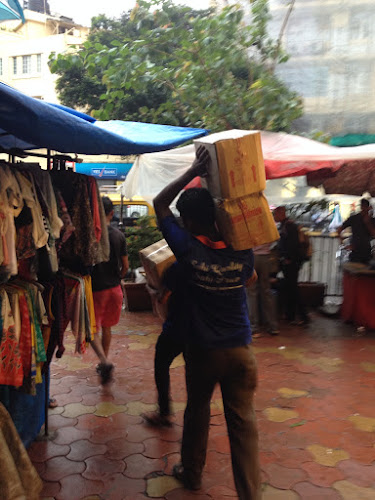 NB: I may outsource some of the photography for this trip.

Posted with Blogsy
Posted by Les Betchos at Tuesday, June 23, 2015