For the last three weeks I've been living in Madrid and it's been an overseas experience unlike any other I've had before because I'm actually living here. No hostels, no moving from town to town, no stealing McDonalds wifi and no living off two-minute noodles and, two be honest, that's making it a lot harder but I'll come back to that.

I'll start from the beginning; several months ago I applied to study overseas on exchange for a semester. Originally I wanted to go to South or Central America somewhere but logistically that wasn't possible so I set my sights on Spain. As a result, i'm studying at Universidad Pontificia Comillas in Madrid until May. I'm also doing a home-stay while I'm here.

Madrid is nice. I was here a few years ago for a week or so and I saw a lot of the touristy things then. It's interesting being back in winter and I was surprised by how much seemed familiar and how well I remembered my way around. It's also a lot colder than it was last time I was here. The locals have an expression about Madrid; "Nueve meses de invierno, tres meses de infierno" which translates to "Nine months of winter, three months of hell". Having now experienced both, I believe it. It might not be cold by the standards of the rest of Europe but it's a lot colder than any winter back home.

The university is fine, I'm taking subjects in English because I simply couldn't take classes in Spanish. Considering how study of Spanish I've done, I feel I'm at a goodish level but I'm definitely not close to the point of being even conversational. I understand enough that I usually know what people are saying but replying is still incredibly difficult. Spanish Spanish, especially Madrid Spanish, is not easy either. It fast and full of rolling R's, V's that are pronounced as B's and C's that are pronounced as TH. Hopefully I'll pick it up as I go along.

As I said, I'm doing a home stay with a woman named Carmen. She's friendly and warm. It she speaks no English beyond "hello", "good night" and "thank you". Carmen is also a grandmother and, in many ways, it very much feels like living with a grandmother. Lights must be switched off, doors must be kept closed to prevent heat loss, beds must always be made and a certain level of cleanliness is expected but I can always expect delicious meals and and I don't want for anything. There is also another student, a girl name Rachel, living here as well. Despite being from Texas, Rachel is actually quite nice and I haven't been shot yet. 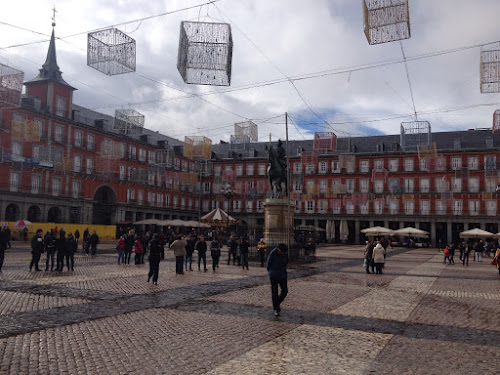 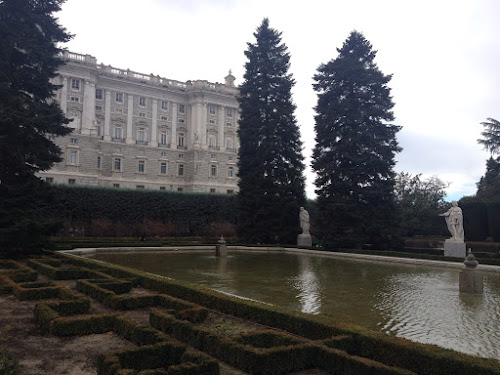 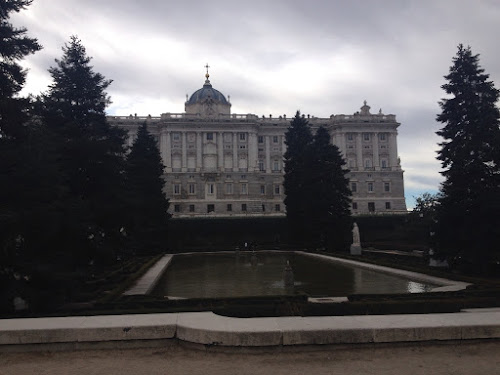 Plaza Oriente and the Royal Palace 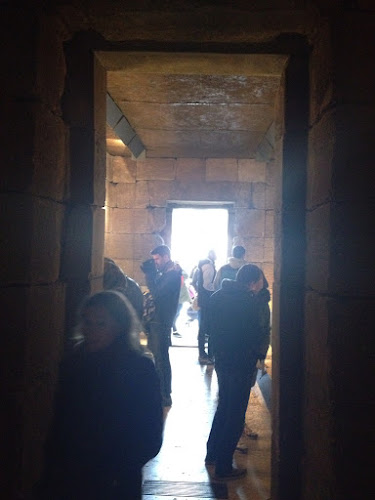 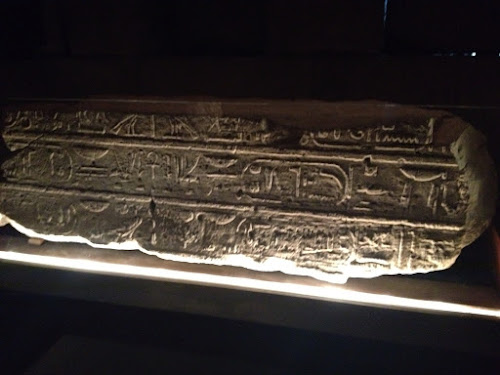 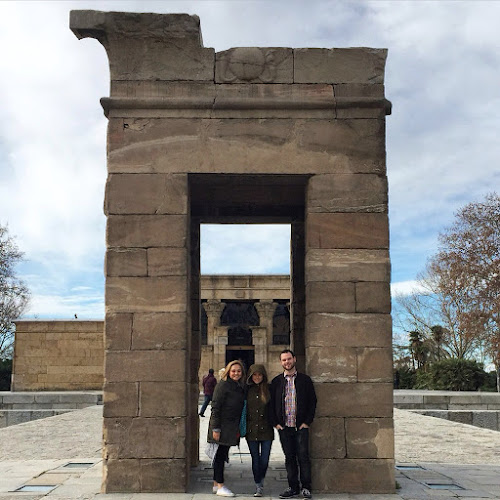 Temple of Debod with Sam and Michala 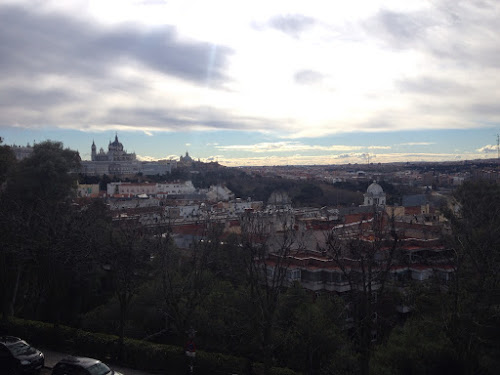 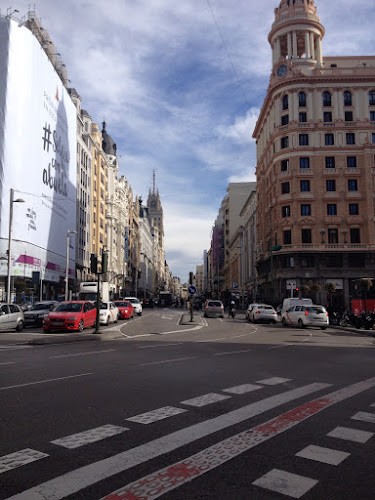 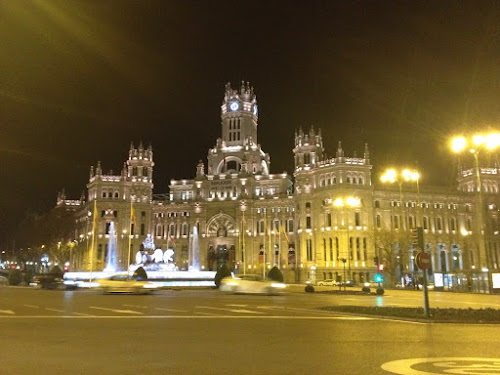 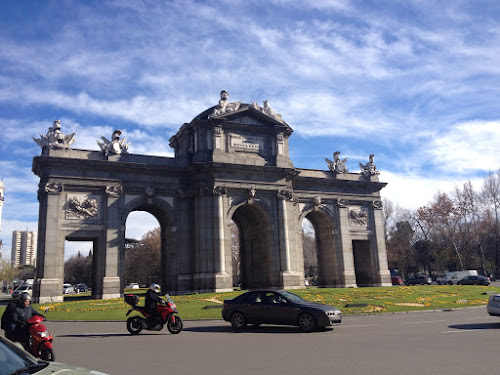 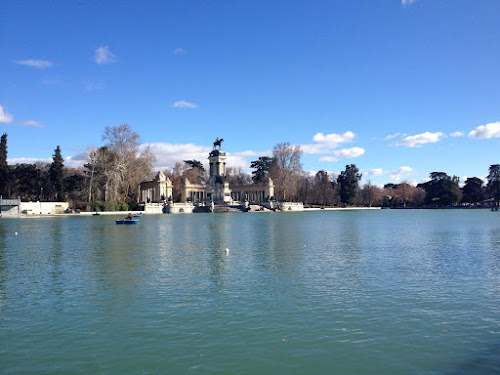 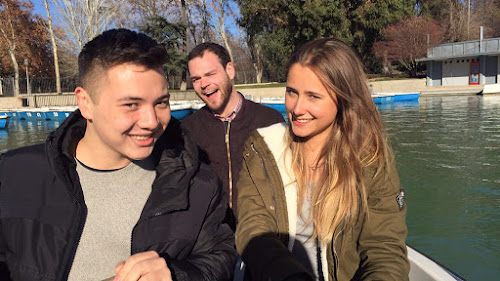 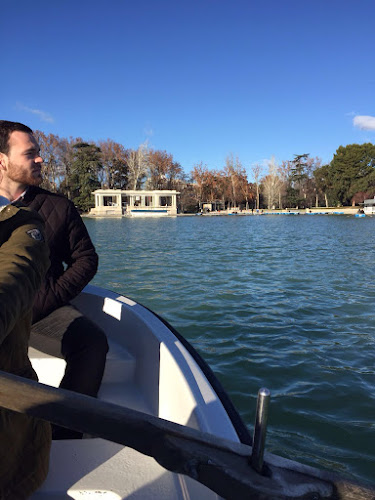 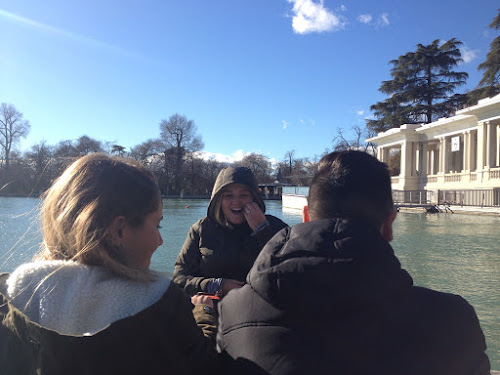 We rented a boat 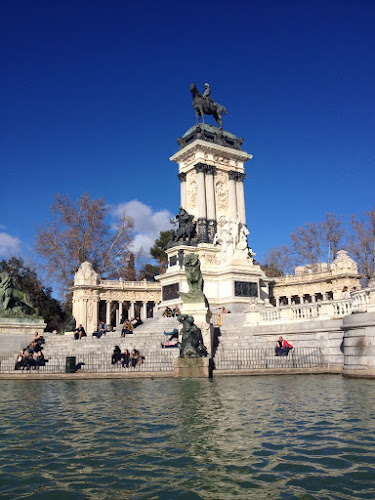 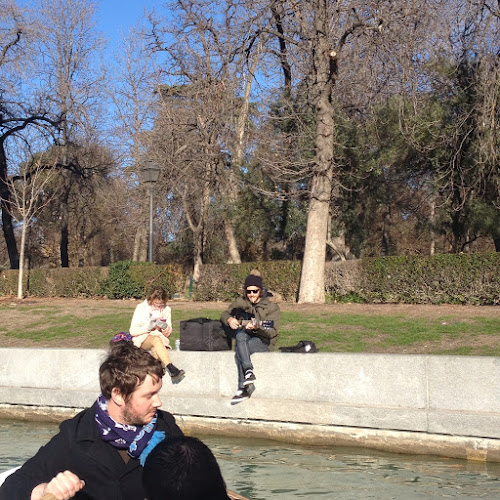 This guy asked where we were from and when we said Australia, he started playing "Big Jet Plane" by Angus and Julia Stone 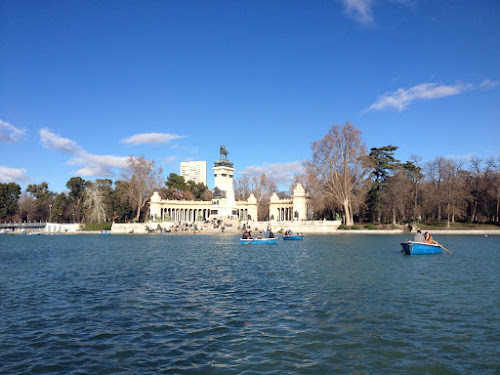 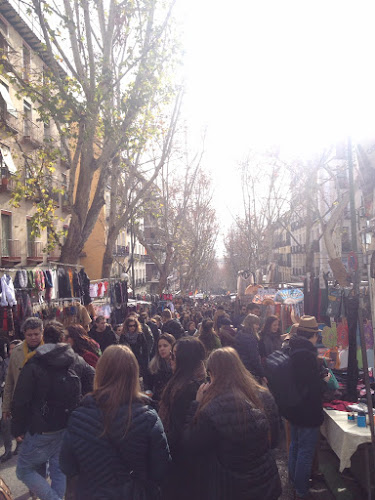 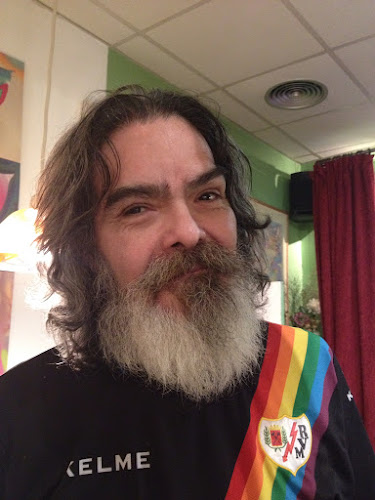 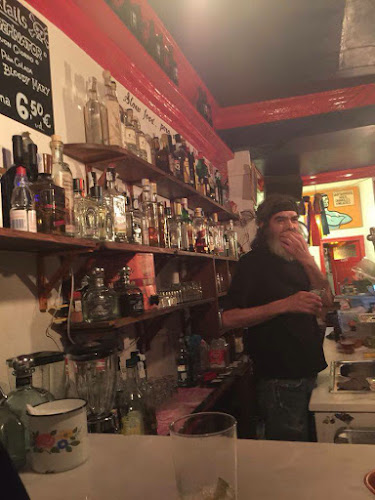 I've done most of the touristy things again since I've been here and I'll throw up some photos. I've also done some things I didn't get around to doing when I was here last time, like Retiro Park and the Prado museum. I was pleasantly surprised by the Prado. I'm not an art person by any means but I quite enjoyed it, particularly Goyas black paintings and a lot of Rubens work. 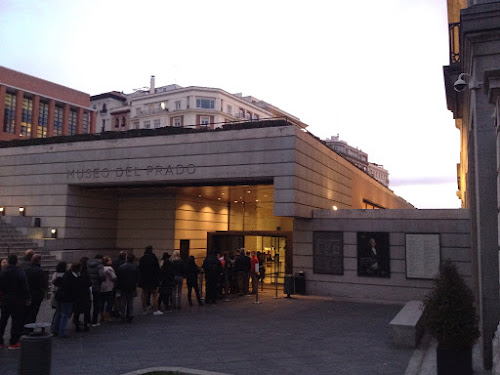 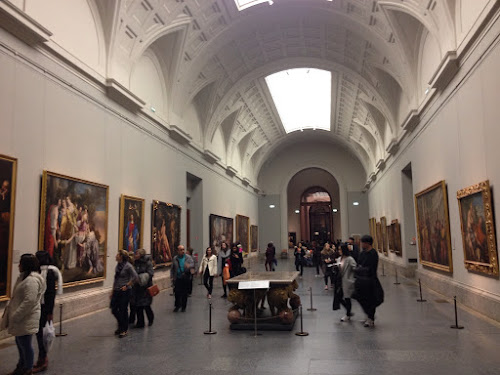 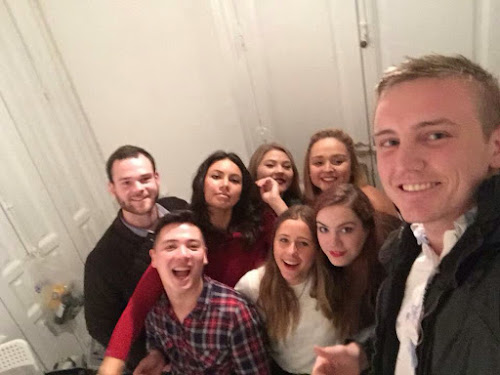 I'm not really sure what else to write. Usually this blog follows a very basic a formula; 'I went to place X and I saw Y and Z'. This trip, for the most part, isn't going to be like that. I'm not traveling overseas, I'm living overseas and i'm definitely starting to realise how different those two things are. I've written here before about how my favourite part of traveling is the ability to be everywhere and nowhere at the same time but you don't get that when you have a life in one place. Actually, it's harder than that. I have a life in two places now because I'm a lot more connected to the happenings back home than I have been in the past. Living somewhere is a great way to really soak up the local culture but it's also a great way to experience the banality of it, I think. I don't know if quite at that stage yet though. While I was eating lunch today, I thought about how life is Spain really isn't very different to life in a Australia or anywhere else. Then I realised I was eating a calamari sandwich for lunch at 4:30pm and this is normal here.

I'm not really sure what my point in the above paragraph was. Maybe I'll be able to articulate it better next time. I'm loving being here, it's great, I've made great friends, I'm comfortable and I'm learning a lot. I guess I just wasn't prepared for how it would be both so difficult and so easy to adjust to a new life at the same time.

Posted with Blogsy
Posted by Les Betchos at Wednesday, January 27, 2016